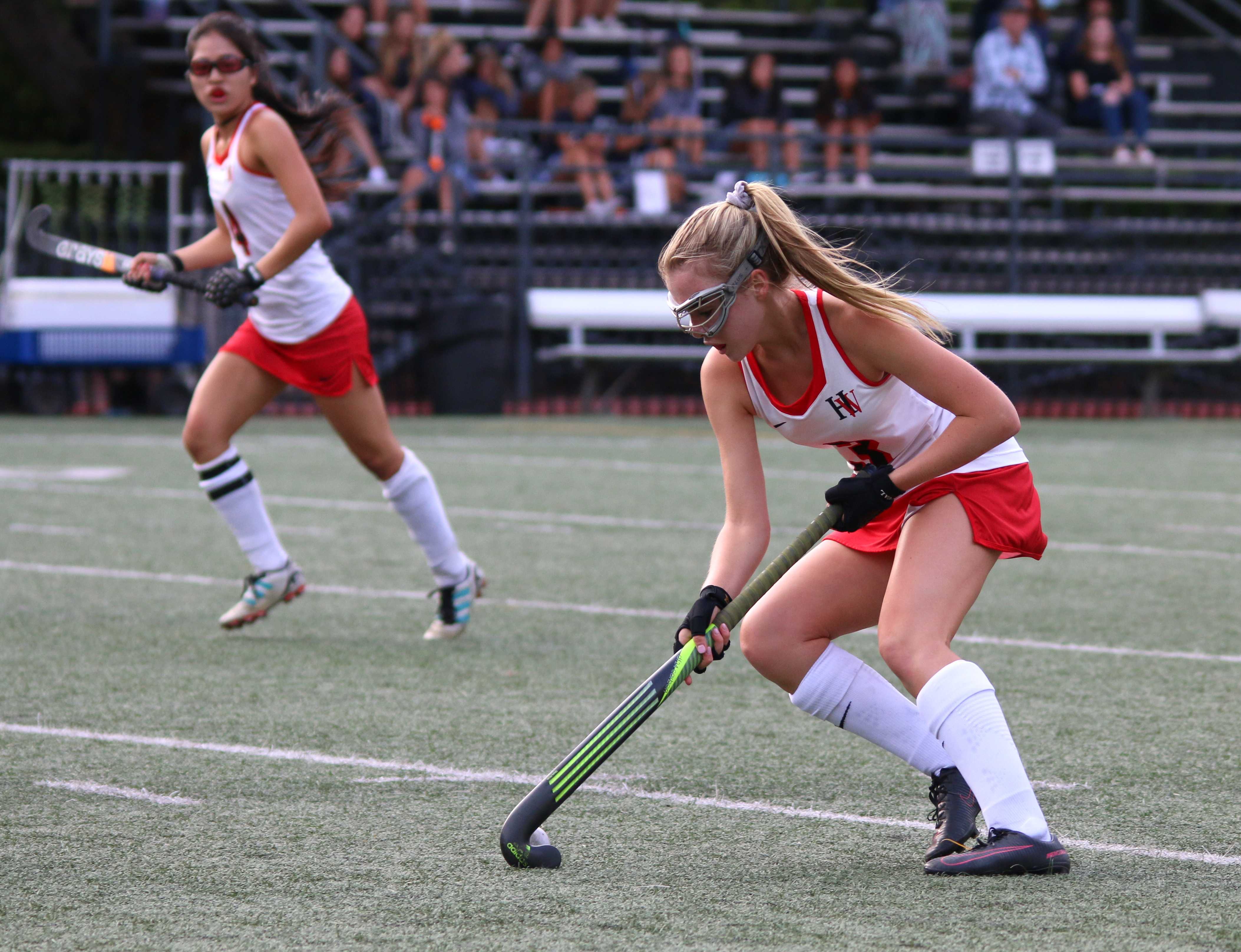 In the words of Field Hockey beat writer Lucas Gelfond, who chronicled the team’s rise to glory:

“As the clock ran out and the scoreboard read 3-1, excitement ran through the crowd and team. Months of hard work, lifting, practices and 20 games ended up in a perfect season”

That was the moment the field hockey team beat Newport Harbor to win an LAFHA title.

“It truly felt like we worked for this, so when we got the actual payoff, it was incredible,” center midfielder Rachel Brown ’20 said.

After a dominant, undefeated 2017 season, that same field hockey team is the 2017-18 Big Red Team of the Year.

From the outset of the season, winning a championship was the team’s goal, several players and coaches said.

“As I had told people last year, I was pretty certain this was the year to do it and win everything, but even I couldn’t have predicted the 20-0 and winning every single game,” Creznic said. “Our whole team was so deep, so many good players starting with a strong senior class all the way down to our new freshmen on the team. They’re just so strong.”

The program’s first ever undefeated run saw several team members play at star levels, including seniors like former Sunset League Northern Section MVP Erin Lee ’18, forwards Mia Reilly ’18 and Nicole Bahar ’18, defender Alyse Tran ’18 and stalwart goalkeeper Elly Choi ’18. Yet it was Brown, one of the team’s rising stars who stole the spotlight over the course of the season, earning all-tournament MVP honors.

“Beyond it all we’re not just a field hockey team, we’re one hundred percent a family,” Tran said after the season. “No matter how cheesy that sounds that’s really what keeps us going for the entire time, every single game. No matter who we played and no matter what the score was it was like playing with my sisters.”

Despite losing 11 seniors to graduation, the team is still poised for success next season, led by a new class of rising seniors and the rising junior Brown.

“We have a few years ahead of us and we definitely want rings during this time,” Brown said. “It’s not looking bad. I’m going to say this now: I’m obviously an optimist and I might be jinxing it, but it’s looking good for us right now. I’m excited.”