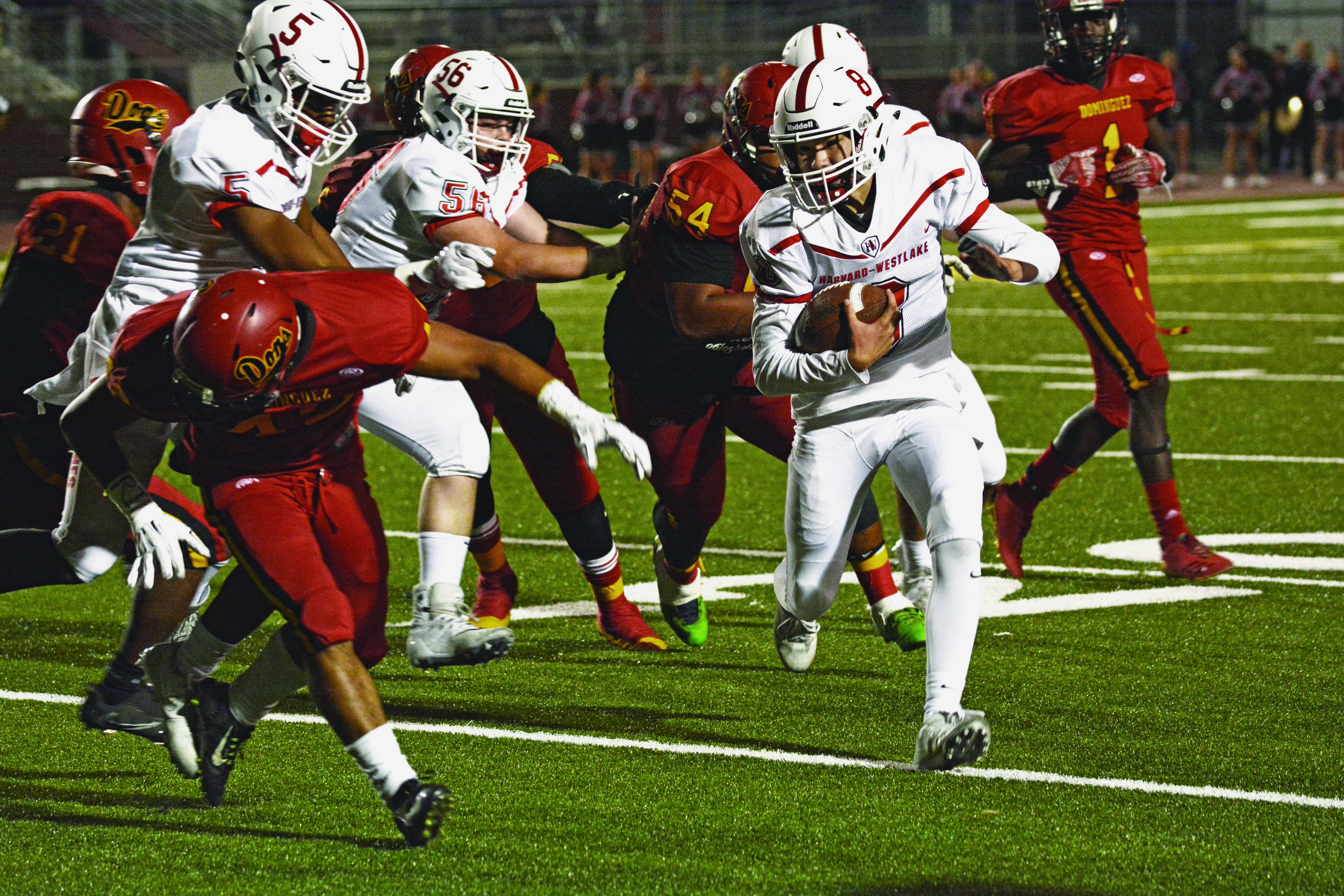 Tough and competitive. Chip on his shoulder. Accurate passer. Undersized.

All of these descriptors appear on the scouting report for Baker Mayfield, the former star Oklahoma quarterback taken first overall in the 2018 NFL Draft by the Cleveland Browns. Doubted all his life for his unimpressive stature, Mayfield more or less forced his way into the draft discussion with his record-breaking, Heisman-winning 2017-18 season.

Of course, all of those same descriptors could also be applied to Jameson Wang ’18, the Wovlerines’ rising junior quarterback and 2018 Big Red co-Male Breakthrough Athlete of the Year.

“Short little kid that didn’t really look like he could play ball,” said team captain Will Goldberg ’19, remembering the first time he met Wang at a tournament in Saugus. “He started taking a few QB reps and I realized that he could sling it.”

In the past, Wang has said that Tennessee Titans signal-caller Marcus Mariota is his role model. It makes sense: both are very mobile quarterbacks who use their legs and arm to pick up yardage and both have been considered understated personalities in the past. But, after watching Mayfield take the college football world by storm, Wang said that he is starting to emulate the new Browns quarterback.

Being Asian has impacted the way people view his game, Wang said. As he was quoted in the Chronicle’s Q/A profile of him last August: “Chinese quarterback? What even is that? One of a kind.”

That’s where the Baker Mayfield aspect comes in. Mayfield is well known around the football world as being a flamboyant, fiery player. He plays with a chip on his shoulder the size of a boulder. When it comes to Baker Mayfield, you don’t poke the bear, else the bear might wake up and shred your defense for 500 yards and a quartet of touchdowns.

It’s a story of a 6’0” white kid from Texas teaching a 6’0” asian kid from California to not only ignore the doubters and the haters, but to prove them all wrong.

In his sophomore season, the Wolverines’ boy wonder from El Segundo exploded onto the Angelus League scene, throwing for 2355 yards and running for another 894, both team highs. Both and increased comfort level and physical maturity helped him take his game to the next level, several of his teammates said.

Wang has also come out of his shell more, bringing a Baker Mayfield type of intensity and fire to the team, wide receiver Brendan Kang ’20 said.

“Freshman year, i think all the freshmen were ‘know how the game is’ and ‘get used to the pace’,” Kang said. “Now he’s always super pumped up, always on the guys, it’s a good relationship with everyone.”