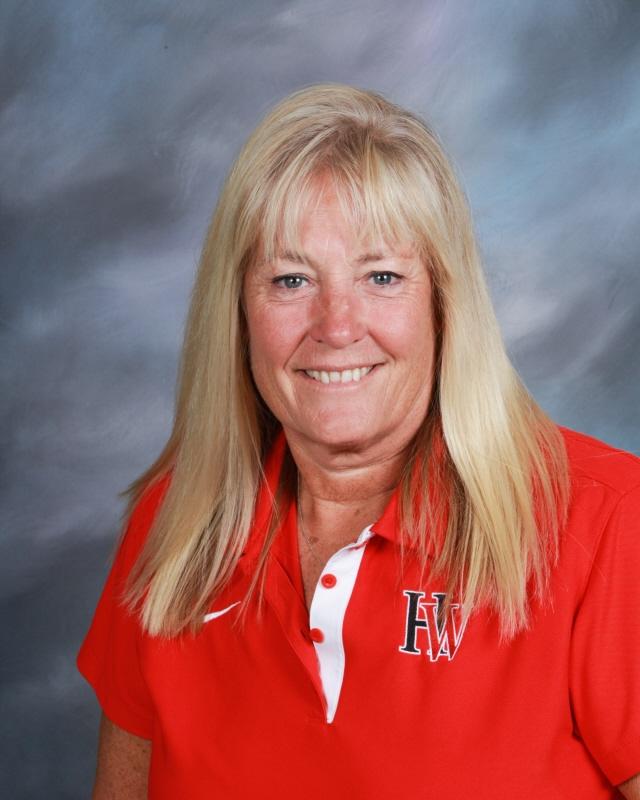 After leading her girls’ basketball team to a 25-6 record, a Mission League championship and a second consecutive CIF-SS Open Division championship game, Melissa Hearlihy is the 2018 Big Red Coach of the Year.

In her 33rd season as a head coach (Hearlihy was also the head coach of the Alemany Warriors from 1985 to 2000), Hearlihy earned her 700th career victory, moving her to third on the all-time California girls’ basketball leaderboard, per Cal-Hi Sports.

“She gets more than expected out of her players,” Athletic Director Jason Kelly said. “She creates a unique family-type bond with her players and they run through brick walls for her and each other.”

Despite sometimes facing struggles with injuries, experience and depth, Hearlihy’s teams still compete at exceptionally high levels, such as the 2016-17 team that finished as Open Division runners-up or the 2017-18 team that finished 16th overall on MaxPreps.com’s national rankings.

“My most enduring memory of Coach Hearlihy is when were about to play Long Beach Poly in the CIF Finals my junior year,” said Melanie Hirsch ’18. “we only had a team of nine people and no one expected us to be there and she told us that we deserved everything we got and no matter what happened she would still be proud of how far we went and how fearless we were.”

2018 was the first year in which Hearlihy’s current senior class won a league championship, an achievement underscored by the squad’s undefeated 8-0 league record. The team’s journey included a trip to Duncanville, Texas for the Sandra Meadows Classic, finishing as the tournament runners-up.

In addition to their prowess on the court, Hearlihy’s teams also place an emphasis on community service and citizenship, guard Ashlee Wong ’18 said.

“Something I’ve loved and learned under Coach Hearlihy is giving back to the community,” Wong said. “We are known on campus as the team that’s always fundraising through bake sales and doing community service projects around LA. Coach Hearlihy’s genuine desire to help others feeds of on each of her players, teaching younger women to care for others and their community at large.