Black History Month: Its Past, Present and Future 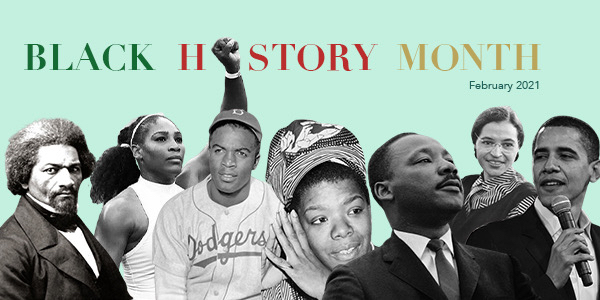 The theme for this year's Black History Month is the Black family, representation, identity and diversity.

February is Black History Month, a time to honor Black culture and accomplishments. This month is also devoted to acknowledging the deep injustices that Black Americans have historically endured and overcome. Black History Month was conceived by prominent Black historian Carter G. Woodson in 1915. Woodson was the second Black man to receive a Ph.D. in history from Harvard University, following W.E.B DuBois.

His concept was originally known as “Negro History Week.” It was observed during the second week of February to coincide with the birthdays of PresidentAbraham Lincoln and Black abolitionist leader Frederick Douglass. Woodson wanted to make sure schoolchildren had access to information about Black history, and that it was not simply in the hands of white academics. His organization, Association for the Study of Negro Life and History, is now called the Association for the Study of African American Life and History. The ASALH now endeavors to keep his legacy alive.

Negro History Week was soon adopted by Black American communities throughout the country, with events being held to educate and celebrate Black history. Soon, Americans of all races began to observe the occasion. By the mid-20th century, mayors nationwide made statements to raise awareness for Negro History Week.

As the civil rights movement progressed, the nation’s consciousness of Black history, culture, and contributions progressed with it. President Gerald Ford officially recognized Black History Month in February of 1976, and ever since then, the event has been observed annually not only in the United States, but worldwide. Countries such as Canada, the United Kingdom and the Netherlands also recognize Black History Month.

The month has undergone various name and concept changes.

This event can be very meaningful to Black Americans such as Ella Watkins ’22, who says that she uses it as an opportunity to learn more about her people’s history.

“To me, black history month is a reflection of the struggles and achievements of Black Americans,” said Watkins. “Every year, I try to educate myself on my culture. I hate that it’s only a month- the shortest one, I might add- and black history is American history and should be celebrated throughout the entire year.”

Each Black History Month has had a specific theme, in order to highlight an aspect of Black history and culture. This year, the theme is “Black Family: Representation, Identity and Diversity.” It explores Black identity and community in the context of the African diaspora, and how this identity is represented in popular culture and opinion. The theme in 1976 was America for All Americans. Black History Month has had themes beginning in 1928, with the theme Civilization: A World Achievement.

The month is an opportunity to appreciate and learn about the contributions of Black Americans to our world, and to expand our consciousness about Black culture. Maddy Redmond ’23 says she is hopeful that others will become more aware of racism and how they can fight to change it.
“I think Black History Month is a time to celebrate progress,” said Redmond. “This year specifically, I think it’s important because more people are receptive to learning about different issues following the BLM protests across the country last summer. Within this context, people aren’t only reflecting and celebrating our history, but also acknowledging that there is still so much to do.”