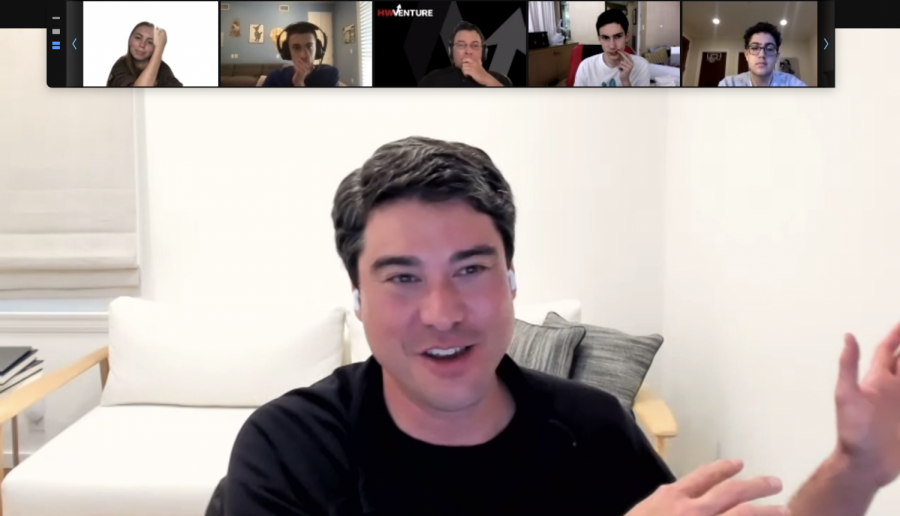 Todd Jackson '99 smiles as he speaks to students in the Venture club about his work. Photo

HW Venture hosted First Round partner Todd Jackson ’99 for a presentation about tech entrepreneurship and his advice on succeeding in the competitive industry Feb. 25. Jackson highlighted crucial decisions he’s made along his journey that he said shaped his career as a successful tech entrepreneur.

Jackson attended Brown University but transferred to Stanford University his sophomore year, earning a bachelor’s degree and master’s degree in computer science. Kickstarting his 15-year career in technology, Jackson said he faced a crossroads to either accept a high-paying job offer at the established company of Oracle or a job at Google, which he said was a relatively unknown company at the time.

During the presentation, Jackson outlined his career to date.

Jackson said his decision to work at Google ultimately shaped his career path as a product manager and entrepreneur. He said his success throughout his career stemmed from the talented and driven people who surrounded him.

“I remember going through a full day of interviews [at Google] and I was there until probably 6 p.m. to 7 p.m. at night,” Jackson said. “I came out of my interviews and everyone was still there. The people were so energetic and excited and intelligent. I chose Google’s offer with my heart and it was very clear to me where I wanted to be.”

After years working with companies such as Facebook, Twitter and Dropbox, Jackson became a partner of First Round, a venture capital financing firm that provides seed stage funding which is given to startups to help them start operation and assist growth.

Jackson advised students to follow their strengths and interests to find success.

Jackson said he follows a “Venn Diagram of Success,” which is a diagram that graphs out how an entrepreneur would effectively make the decision to pursue a certain career path.

“If you are pursuing something you are good at, that you love and that the world values, and you find something at the intersection of those three things, I guarantee you will be successful in what you do,” Jackson said.

“I’m so glad we were able to welcome Jackson to speak because his experience is so incredible,” Rascoff said. “I strongly believe that we are all able to learn from him tremendously.”