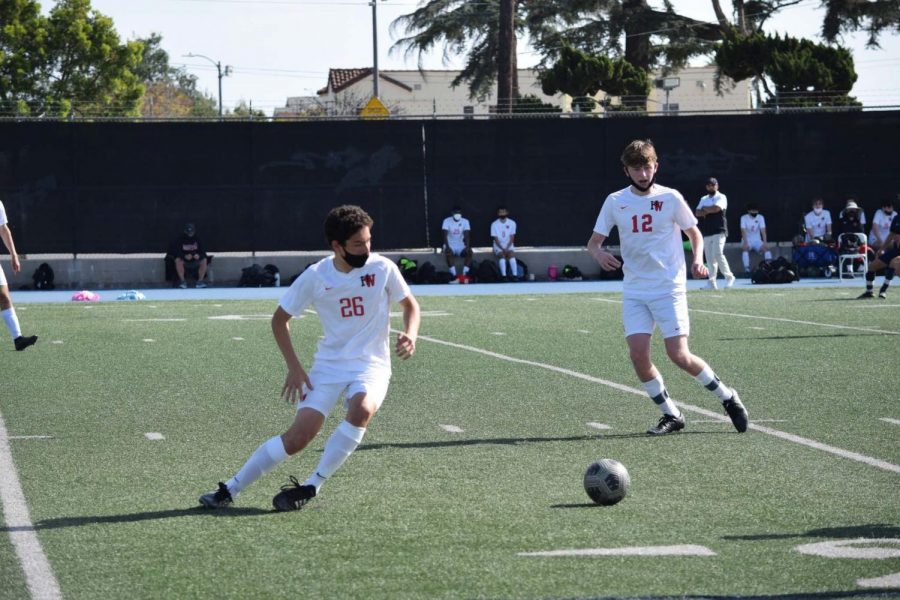 Asher Rossen '23 and John North '21 get ready to coordinate an attack against Loyola High School on April 5.

Milo Kiddugavu ’22 reflected on Monday’s game and said that during the second half the team connected more which helped the squad catch up and beat Notre Dame.

“We started off a little slow in the first half, but eventually we really came out and showed Notre Dame the spirit and grit of HW boys soccer,” Kiddugavu said. “In today’s second half, I feel like we finally found our rhythm together which helped us get two goals to win the game.”

Kiddugavu has high hopes for the season and feels that the squad is ready to dominate against its largest competition, Loyola High School.

“I am excited for the rest of this season and building with the team on the new culture brought by our new staff,” Kiddugavu said. “Most of all I feel like this is our season to finally hand Loyola a loss.”

The team looks to continue its winning streak in its next league match against Alemany High School on April 19 at Ted Slavin Field.