The Mittle-man on Campus: An Open Letter to Mr. Commons 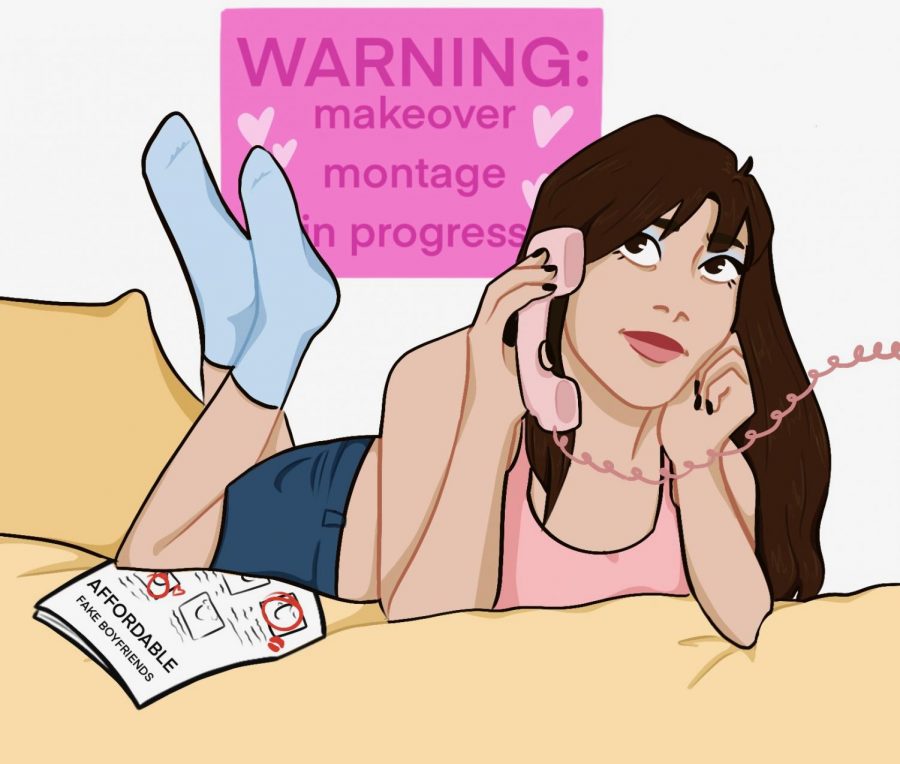 ‘The Mittle-man on Campus’ is a new satirical column centered around high school clichés and the teenage experience that will appear in The Chronicle once every two weeks. None of the articles in this column are representative of the opinions of The Chronicle staff as a whole.

I get that you’re a busy guy; I’m a busy girl myself. I know that you’re occupied with running the entire school, which includes two campuses and over a thousand students. Of course, I don’t mean to add to your very full plate, but I felt I just had to let you know what’s been going on.

Before I get into this, I want to clarify that I am just as educated on high schools as you are – my impressive resume consists of frequently watching “The Kissing Booth,” “Barbie: Princess Charm School,” the “High School Musical” trilogy, “Ten Things I Hate About You,” “Mean Girls,” “Clueless” and a slew of other award-winning documentaries. Knowing that I am a professional will hopefully allow you to take my input more seriously.

As someone who has attended school on both the middle and upper campuses, I am also well-versed in the day-to-day life of a student at this school, so rest assured that all of my information is factual. Even though I feel privileged to attend this institution, I also think it’s important for us to learn from our past mistakes, regroup and improve in future years. I have noticed several issues throughout my four years at this school, and it’s about time I take the reins and make change. Without further ado, here are a few problems we need to fix before next year.

I’ll tell you—this year was a shocker for me. I’ve seen movies and TV shows in the past, and I’m no idiot. What’s supposed to happen upon entering a classroom is that a short, entertaining two-minute scene occurs before the bell immediately rings, and the students all exit the room. So you can imagine my grave disappointment when I was forced to endure 75 minutes of education. At a certain point, Mr. Commons, the frustration becomes practically unbearable. Several times throughout the year, I have been forced to scream “CUT!” into my computer’s microphone because the Zoom class was taking far too long. I think perhaps you need to hire a new director because these scenes are going on for an absurd amount of time.

When teachers call on me after those first two minutes of class, I am aghast. I have taken to merely responding that the scene is over before leaving the meeting. Mr. Preciado recently emailed me that my attendance has gotten so bad that I’m at risk of being expelled—for simply exercising my rights as a High School Student? On a similar note, I find it especially frustrating when summer vacation doesn’t immediately start after I leave class. Please implement these changes immediately for a more streamlined and efficient education for all students.

This institution prides itself on its excellent, capable students, and I believe that in many ways, this school is a diverse and inclusive community. But I have also seen the shameful ways in which representation is lacking, and I have taken it upon myself to educate you on it.

Riddle me this, Mr. Commons. Upon entering high school, why was there no evil Queen Bee harassing fellow students? On my first day of school, I found myself searching for groups of three and asking them which one was the most popular girl in school, but they all gave me confused looks! I began to wonder if she was sick at home, but the next day she didn’t appear either. I was expecting a Regina George to take me under her wing, but I was sorely disappointed. This is just one of many examples of underrepresented groups at this school.

I have now spent two years at the upper school campus, but I have yet to see a student be shoved into a locker by an angry bully. Honestly, I feel robbed. I had a plan to rescue the nerd from the locker, stand up to the bully and quickly become the most well-liked student at school, attracting the attention of the Queen Bee’s boyfriend, the quarterback of the football team. Instead, I witnessed students getting along. I assume you can understand my frustration, Mr. Commons. To combat this severe problem, I believe we need to go back to basics—stop focusing on AP tests and college applications and start paying attention to inter-student relationships. We have work to do, Mr. Commons, but don’t fret: I will provide my own valuable support by selflessly offering to take on the role of “most popular girl in school.” This, I believe, will kick-start the High School Experience we so desperately need. You’re welcome.

3. A Serious Lack of Bets

At this point, there’s no doubt that I’m a professional on the subject of the High School Experience. Coming into this school with so much expertise, I waited patiently for years to hear about one of the most common high school events according to the media, but I have yet to see it. Not a single boy has made a bet that he can make me fall in love with him and then subsequently actually become interested in me, professing his adoration for me on the night of the Big Dance. Now, it goes without saying that this is one of the more serious issues on this list. How am I supposed to fall in love if nobody hatches a bizarrely high-stakes plan to win me over?

Since my editor told me that I am lacking insufficient evidence, let me provide some for you: the movies “Ten Things I Hate About You,” “After” and “How to Lose a Guy in Ten Days” are three excellent sources if you would like to see what bets I’m referring to. Of course, two out of three of those critically acclaimed scientific documentaries do not take place in high school—nonetheless, the examples add credence to my argument.

Finally, I have to confess that my sophomore homecoming dance was an enormous disappointment. After all, I spent hours doing my hair and makeup, bought a nice dress and even wore high heels. I was about to be the belle of the ball and garner the attention of my popular love interest. But when I entered the gym, I was shocked and horrified to discover that not only was there no stage, but this school also does not vote for a “Homecoming Queen.”

Obviously, this is problematic on multiple levels. I expected to win Homecoming Queen and make a grand speech about what I learned so far in high school with shoutouts to my closest friends and the members of my love triangle. Then, on my way down the steps, the quarterback would ask me to dance, and we would kiss under the stars. Instead, I just danced alone.

I have to be honest, Mr. Commons: immediate change is necessary. We teenagers can no longer live like this, our expectations never met and our hearts broken.

I never critique someone without offering help, and now is no exception. Mr. Commons, you and I will defeat this problem together – you, with your powerful position as President of School, and me, the genius who always knows just what to do. We’d make a killer team!

Now that you’ve heard the dire problems plaguing the school, I do hope you consider fundamentally altering its culture to give us a more memorable teenage experience. I am gladly willing to support you in any way possible; by no means should you take this criticism as a condemnation of your ability as President of School. I recognize that these problems can seem too challenging and overwhelming, but I will be there every step of the way. We students eagerly await your response.