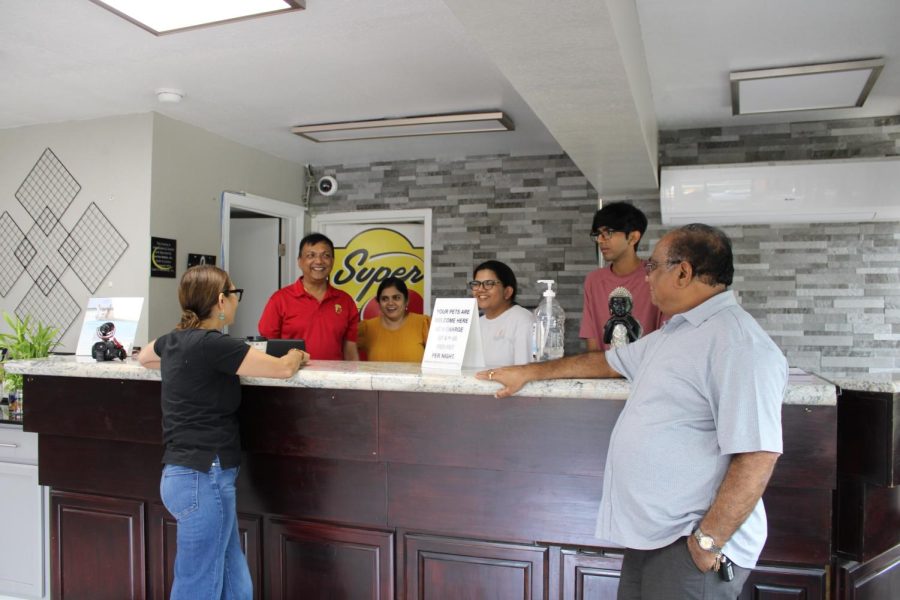 Printed with permission of Izzy Daum

Izzy Daum '23 and her family met up with relative Arachna Patel, owner of Super 8 Motel, in Tampa, Florida as she researched Indian motel ownership.

For her project, Daum interviewed family members about their experiences running motels, with a focus on the importance of women in the motel industry, and stayed at their motels in St. Petersburg, Florida and Nashville, Tennessee. Many of Daum’s family members and other Indian motel owners who immigrated from the Gujarat state of India share the common surname Patel and are referred to as the “Patel Motel Cartel” in America.

Daum said she felt inspired to learn about how her relatives immigrated to America after hearing her grandmother’s story of purchasing a motel with the little money she had.

“My grandma’s story inspired me to talk to other relatives I have because there are so many Patels in my family who run these motels,” Daum said. “I specifically focused on the women who run the motels because in my family, my grandma ran the motel [while] my grandfather worked as a professor.”

Daum said she was interested in the passion behind her relatives’ choices but initially struggled to share their stories. Instead of focusing on how her relatives came to America, Daum chose to focus on the primary reason why her relatives immigrated, which was to give their children a better life.

“After a few interviews, I realized I was not sharing their true experience,” Daum said. “There was no way for me to actually show through this documentary how much they went through. Most of these women [chose to manage motels] for their children. You could really see in the way they talked how much they cared about their children and how much they were really willing to do for them, even if it meant not being able to do what they wanted.”