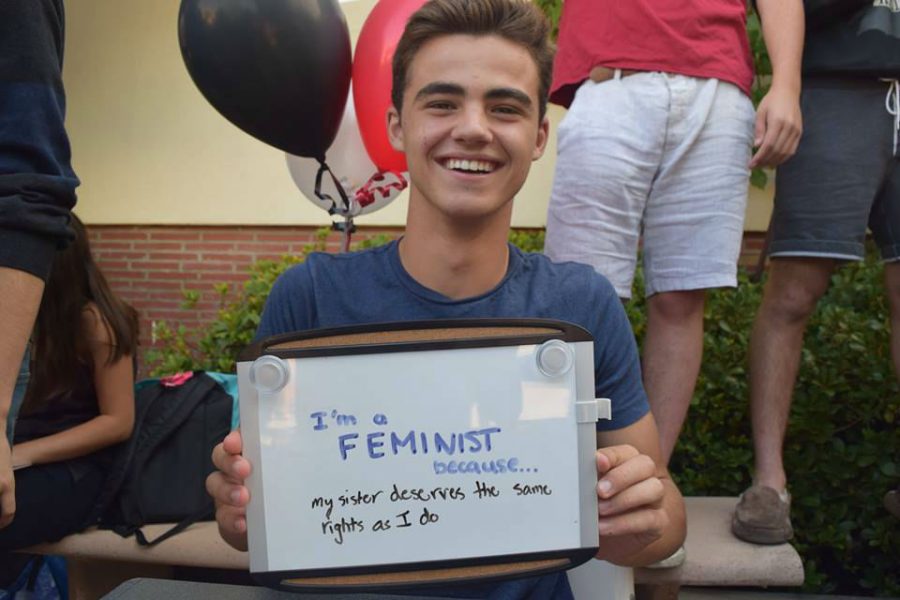 Used with permission of Elizabeth Edel.

“It’s a way for the student body to de-stigmatize the feminist movement and open everyone’s mind to feminism,” Elizabeth Edel ’16 said about the project.

“We just want to give people more opportunities to speak up and discuss in a healthy and positive way,” Weiss said about the club’s mission.

At the end of last year, the leaders got together to discuss ideas for the new school year and brainstorm potential guest speakers. Edel later came up with a spin-off of Humans of New York. She plans to go around campus to take pictures and will post the photos on the club’s Facebook page.