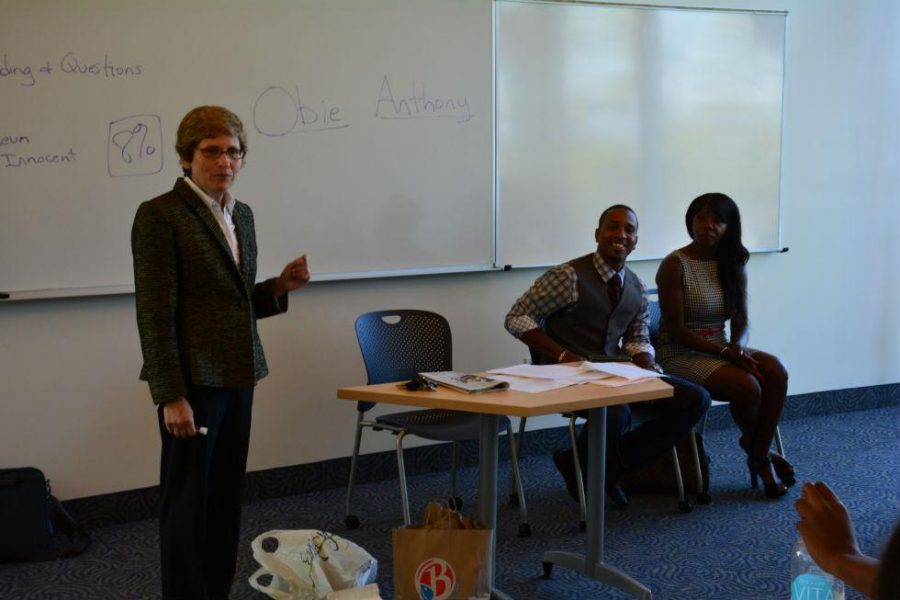 Silverman, who is also a homicide prosecutor, spoke about her experiences with the class.

She discussed details on murder cases she has prosecuted, including the reasons for these crimes and how they were proven guilty.

Anthony, a man who was incarcerated for a crime he did not commit, described his 17 years in prison, his exoneration and his life after his illegitimate sentence.

“Just to meet such a person and understand his life is a special kind of education,” said former federal prosecutor Laurie Levenson (Dani ‘17, Havi ‘08, Solly ‘06), Loyola Law School professor and the teacher of the course.

Anthony was proven innocent by Project for the Innocent, a team formed and directed by Levenson at Loyola Law School.

“We wanted the students to really see the real world,” Levenson said. “Our goal was to get them out of the books and actually see how the criminal justice system operates.”