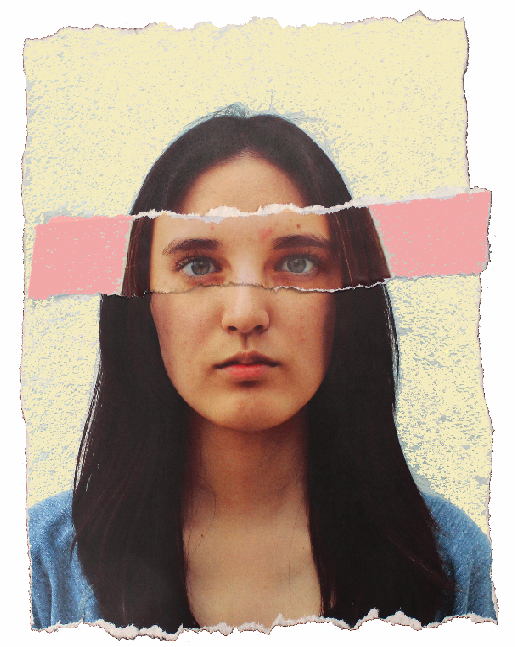 When Katie* ’14 was in high school, she used to use a glue strip on her eyelid to create a temporary crease and to boost her self-confidence. Without the artificial double eyelid, she felt “ugly” and believed that people judged her for having smaller eyes. Finally, before she left for college, Katie got an upper eyelid blepharoplasty, more commonly known as the double eyelid surgery.

Blepharoplasty is an operation that removes and repositions excess tissue and reinforces the corresponding muscle and tendon tissue in the area from the eyebrow to the upper cheek. The goal of this procedure is to create the eyelid crease above the lashes that some people, particularly Asians, lack.

From 2005 to 2013, the number of cosmetic surgeries performed on Asian-Americans has increased 126 percent, 84 percent in Hispanics and 56 percent in African Americans, according to the American Society of Plastic Surgeons. In total, the number of racial minorities receiving plastic surgeries has doubled in the past decade.

Dr. Charles Lee, a plastic surgeon certified by the American Board of Plastic Surgery at the Enhance Medical Center in Beverly Hills, said that the most common operations are the double eyelid surgery for Asians and rhinoplasty, or nasal surgery, for Hispanics and African-Americans.

During Katie’s double eyelid procedure, the surgeon “sewed a line into my [eyelid] and so it’s not super invasive or anything,” she said. “It was first suggested by my mom, and she actually got it herself when she was pretty young, I think when she got out of college, so it didn’t seem like a big deal to me.”

Although Katie’s operation was not invasive, Lee said that at his clinic, the current trend is that adults get less invasive surgeries while “in the younger population, the trend is toward more aggressive surgeries” that change facial features more drastically.

Despite her minor operation, the effect was far deeper for Katie.

“Personally for me, I felt like people viewed me a certain way because I had smaller eyes,” Katie said. “What I mean is that I felt like I was meaner in a way with smaller eyes because it looked like I was staring at people, and it might be good that I got this procedure done.”

There was definitely an ethnic motivation for her decision to get the cosmetic procedure, Katie said. Although she didn’t achieve the full, idealized “Western beauty,” the surgery helped her gain confidence, she said. She defines “Western beauty” as having sharp features, defined cheekbones, a defined nose, blond hair and large, blue eyes.

According to the American Society of Plastic Surgeons, teenagers who get plastic surgery typically want to conform to their peers’ version of the idealized beauty, while adults often get operations to stand out from the norm. Although plastic surgery can “reverse the social withdrawal” that teens experience when they look different, it has limitations that teens need to recognize before their operations, such as the physical risks, its website said.

There’s a general guideline for determining if a patient is both mentally and physically ready for an operation, Lee said.

“For women, physically, they mature at age 14,” Lee said. “And for men, age 16. But the emotional state, it’s age 16. Less than that, their body image is still undergoing changes, like how they perceive themselves, so 16 is kind of like a preferred cutoff as a rule of thumb.”

However, in Asia, it’s acceptable to get the double eyelid surgery as early as 14, Lee said.

“From the doctor’s side, I have to think about if there are any potential complications and if the patient has the maturity to get through any potential setbacks,” Lee said. “The results are never going to be 100 percent predictable, and you have to have a little tolerance for error. We call that realistic expectations.”

Katie understood the limitations of plastic surgery and the risks her surgery posed but also enjoyed the self-esteem boost that even the artificial double eyelid from the glue strip provided.

“And I can actually put on eyeliner that people can actually see,” Katie said. “I guess what I think of it as is sort of like you get one procedure, and it’s like putting on permanent makeup.”

Jensen McRae ’15, a student who said that she had had “serious issues” with her “stereotypically African” features, has not gotten plastic surgery and said “it deeply saddens me when people use plastic surgery for purely cosmetic reasons.

“I think everyone has the right to make whatever changes they want to their own bodies,” McRae said. “[But] I would hope that people can ultimately find beauty in their natural forms, and it is especially saddening when people feel the need to conform to Eurocentric standards of beauty and will go to such lengths to do it.”

McRae said that she could never see herself getting plastic surgery to look less ethnic.

“I have [had] serious issues with my skin color, body type and some of the facial features I have, which are considered stereotypically African, [like] my somewhat thick lips,” McRae said. “However, I feel like my life has improved by trying to increase my confidence and comfort in the very things that make me different.”

After her procedure, Katie said she’s more comfortable with herself and her appearance and doesn’t feel like she needs to undergo more surgeries to achieve this “Western beauty.”

“The main thing with my eyes,” she said, “was that I felt like I looked sort of unapproachable and less friendly.”

On the other hand, Lily* got her blepharoplasty procedure done in the summer of 2013 due to a medical reason. Lee said about 15 percent of the time, there is a medical necessity for plastic surgery.

“My eyelashes were too short and were poking into my eyes,” Lily said. “They were constantly getting irritated and watery.”

However, after much thought about getting the procedure, Lily decided that she “really liked the idea of having bigger eyes.”

“The thought of it was planted in my head more by necessity than by cosmetic reason,” Lily said. “I mean, I guess wanting to have bigger eyes and liking the way they looked came from cultural influences, but I didn’t dislike my eyes before.”

Lily understands why people would get plastic surgery to look less ethnic, but points out that changing an aspect of someone’s appearance doesn’t change his or her ethnicity.

“They just aspire to the beauty standards of another culture,” Lily said. “There are people who get surgery to look more Asian or Hispanic. It isn’t just a one-way thing. Not everyone idealizes Western beauty standards.”

Although infrequent, Lee has had patients that wanted to change their racial identity and wanted to look more ethnic. Lee said one 19-year-old patient “was Caucasian and she wanted to look very Asian,” Lee said.

However, Lee thought that she would not be happy about her operation in the future and because of this unrealistic goal, Lee did not operate on the young woman, he said.

Attending Harvard-Westlake, where a majority of the students are white and adhere to the Western idea of beauty, also influenced Katie’s self-perception and her ultimate decision to get the surgery.

“When I was at Harvard-Westlake, it felt like the Asians were excluded because I felt like there were specific groups that were based on race,” Katie said. “So I felt like it might have impacted me, but I don’t ever really regret it.”

“Plastic surgery can be a way for some of those students to stand out,” Lily said. “We as a community need to recognize the fact that we are biased towards those that fit into our beauty standards.”

Teenagers are always concerned about fitting in with their peers, Middle School Psychologist Susan Ko said.

“When you think about developing your identity, you’re thinking about who you are as a person, how other people view you and that could be about your … physical appearance,” Ko said. “I would imagine that because it is this time when you’re so consumed with trying to understand who you are and how you fit into the world [plastic surgery] could be part of it.”

“To be totally blunt, Harvard-Westlake is mostly white,” McRae said. “And as a result, the student body is composed largely of people with typically European features. In attending Harvard-Westlake and just living in the U.S. in general, I feel an immense amount of pressure to dislike my features and, or, try to change them.”

The motivation for getting plastic surgery is complicated, Lee said.

“There is some Western influence,” Lee said. “But I don’t think that’s the primary driver.”

There have been efforts both inside Harvard-Westlake and out to promote more “diverse body positivity,” McRae said.

Although Katie emphasized that she was comfortable with the procedure because her mother had previously gotten it, she had her operation done before college “so people don’t know that something changed about me.”

There is still stigma attached to plastic surgery.

“I tell people that I’m pretty close with, because they won’t judge me for it,” Katie said. “But I feel like when you meet people for the first time and you tell them, then I definitely feel like they will judge you even if they don’t want to — a little bit goes into how they perceive you.”