Faculty explain how they balance parenting and work 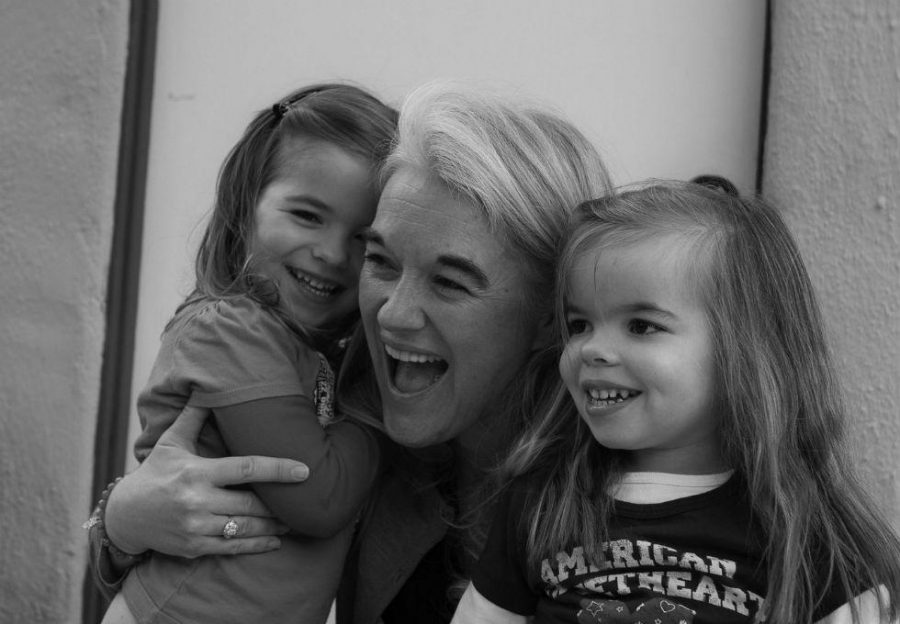 Every Thursday morning, Director of Student Affairs Jordan Church’s wife takes their 4-year-old daughter Elsie and their 20-month-old son Owen to Elsie’s ballet class. Afterward, the three of them go to a doughnut shop nearby where Owen has one spot where he must sit with his favorite doughnut in hand.

“Even if there are people right next to him, he will sit in that one spot,” Church said. “It’s those little moments that I miss out on. But it’s during the schools’ breaks that I get to have my own little moments with the kids.”

To balance the responsibilities of being a working parent with young children, Church said he has learned to become more intentional with his time. By being present and purposeful with his time, he is able to maximize his work hours and then have the most meaningful interactions with his children when he gets home.

“I am fortunate as someone working at a school, to have long chunks of time with my kids — during the breaks and summer,” Church said.

While physics teacher Jesse Reiner, who has two sons, also finds the breaks helpful, he has a very strict daily schedule — limited by the fact that he can’t suddenly decide to miss teaching a class. But, the school has been accommodating to the fact that he has kids. He has not had class before third period since having children, which allows him to drop them off at school in the morning.

Reiner recalls when his children were very young and needed a lot of direct attention.

“Initially, if having kids had any impact on my teaching, it was a negative one, because I was just so busy and tired all the time,” Reiner said. “But now, I would say having kids has had a more positive impact because I now have a more broad view of kids. I understand better where parents are coming from now. I’d like to think that it has made me a more sympathetic person.”

When the children were very young, there was a year when Reiner and his wife went out for dinner only four times. Now that his children are in elementary school, Reiner and his wife have planned their schedules in a way that they don’t need additional childcare with the exception of occasional babysitters. However, because of their busy schedules, they don’t have much time together. They do not see each other in the morning and until dinner time, he said.

Science teacher Karen Hutchison, expecting any day now, has an opposite schedule from her husband, which she feels will be helpful when it comes to childcare, she said. He generally works in the afternoons and evenings while she primarily works in the morning and during the day.

Next year, Hutchison will be stepping back from her responsibilities as club adviser for Robotics to spend more time with her newborn. At this point, Hutchison plans to continue working, but she is aware that her decision may change, she said.

Upper School Dean Sharon Cuseo, who has twin 8-year-old daughters, believes that an expectant mother can never fully know what she wants to do about working until she has had her children.

Cuseo grew up in a very traditional family, she said. To them, it was more likely that she was going to get married, have children and not work. She never allowed this traditional viewpoint within her family to limit her educational and career choices. While she did want a family, she was not willing to sacrifice her career and expected to have children when the time was right, she said.

“When there is a conflict, and the girls want me home, and I do have something I have to do for my job, I always try and explain to them that this is a privilege — that I get to be someone with a career and a family. I hope they will be able to have the same choices.”

Missing out on time with her kids can be a difficult choice to make, Cuseo said. She believes that there is “probably more guilt involved with women when it comes to missing out on their kids when they work than with men.”

When Upper School Dean Beth Slattery, who has four children, had her oldest son, she was a single mother who was also getting her Ph.D. and working in admissions at a university. She often felt guilty about being the last person pick up her son from daycare or having to study for long periods of time. Years later, she remarried and had a daughter.

“By the time my daughter came along, I decided that women need to forgive themselves,” she said. “I have a great relationship with my son. When I am with him, I try to be really present. I am just very conscientious. I don’t feel guilty anymore. I have great kids.”

Slattery believes that working in education allows her to be a bit more flexible with her time.

She chose to work at Harvard-Westlake because it would allow her to have more time with her children, whereas working as an admissions officer would not have that same flexibility.

Assistant Director of Communications Shauna Altieri, mother to Ruby, 11 and Logan, 8, said that her kids have grown up around Harvard-Westlake. She also feels lucky to work somewhere that allows her kids to be so present.

“They have been to our homecomings, to our film festivals and are often here after school and over the summer,” Altieri said. “It is a joy to have them in this wonderful environment.”

Her kids stop by the athletic office for a cup of hot chocolate and a conversation with Head of Athletics Divisions Terry Barnum, and her daughter often stays at Harvard-Westlake after school, sitting at Athletics Program Assistant Steve Shaw’s desk doing her homework until it is time to go home.

“I do wonder what would have happened if I were trying to become a partner in a law firm,” Slattery said. “I certainly don’t think I could have worked full time, gotten a graduate degree and have been a single parent if I had worked in another field.”