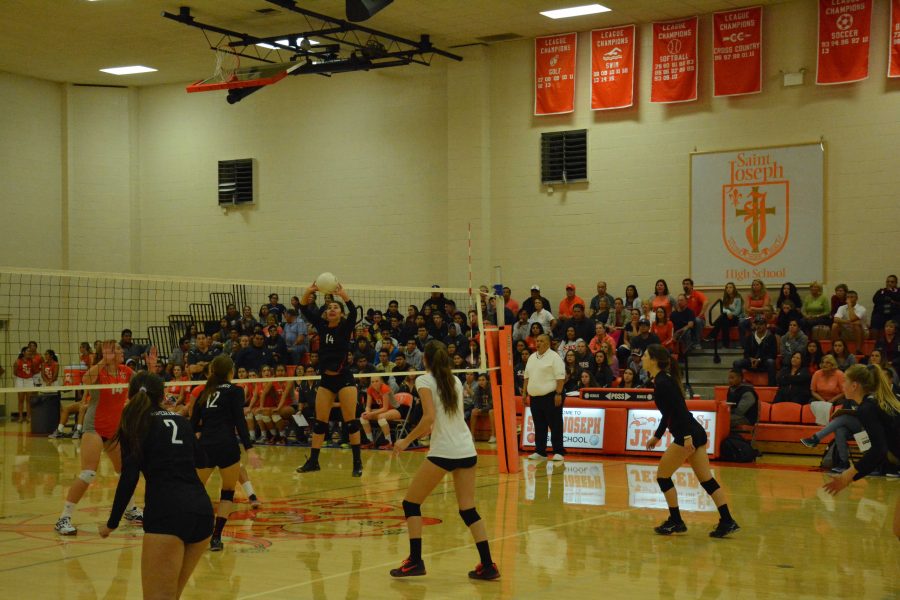 Kaira Muraoka-Robertson '16 leaps into the air.

They dropped the first set, but after that, the Wolverines hardly made a misstep in their first round CIF-SS match against St. Joseph. 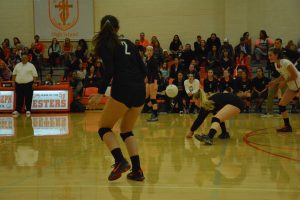 Courtney Nunley ’17 and Mueller provided key plays at net, while Bella Hedley ’18 did a little of everything. She had several kills, digs and serves and rarely left the court through all four sets.

Wolverines will face the winner of the Temecula Valley – Huntington Beach match in second round CIF playoffs this Thursday.

“I was so excited, so nervous, but I know we’re going to do really well,” Sabrina Blatteis ’17 said. “No matter what happens, though, the season was amazing.”