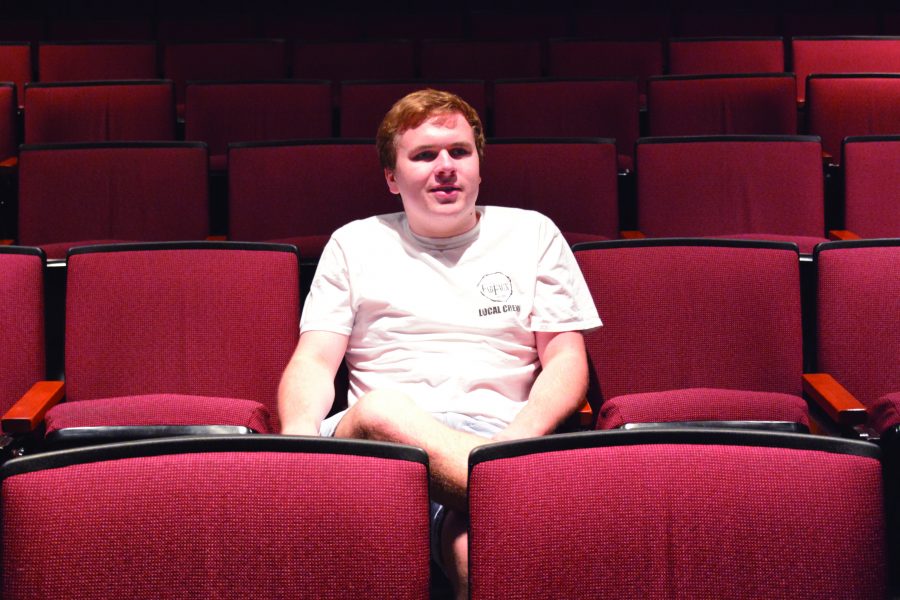 In a restaurant bathroom across the street from the AMC in Lincoln Square, where he had just seen “Divergent,” James Hansen ’16 wrote his first movie review. It was a short paragraph. He commented on the lead actors, briefly mentioned the visuals, praised the story and criticized the writing. At the end he put down a rating, three out of five.

Only moments before, Hansen was sitting at a table with his mother and her friend, who suggested that he write about movies. Hansen thought it was a good idea, so he excused himself to go to the bathroom, and once inside, he quickly typed up a review on his phone and put it on Facebook.

Hansen has been posting reviews on Facebook ever since, writing about the majority of the movies he goes to see their opening weekend.

“I realized that especially here at Harvard-Westlake, not a lot of kids were going to the movies,” Hansen said. “But to me, the movies are the greatest way you can spend your time. So I realized I was seeing a lot of movies, an ungodly amount, at least one a week, and I thought I might as well tell them whether they were worth seeing or not.”

He said he had one of his proudest moments after posting a negative review for the fourth Transformers movie.

“Some kid told me I saved him $20,” Hansen said. “That, to me, was the greatest praise I could receive.”

Hansen usually keeps his reviews short, limiting himself to one or two paragraphs, and he always ends with a rating.

“The five-point system is my way of giving the movie a grade, whether or not to see it,” Hansen said. “Three and above is worth seeing. Anything below that, skip it.”

Five-out-of-five ratings are rare from Hansen, who tries to be careful about showering praise when he might feel differently about the movie in the future.

Sometimes what affects his judgement is less the fact that he is watching a movie for the first time and more the environment of the theater.

“A lot of times, when I go see movies with my friends especially or go see movies on opening night, the crowd and the company really hype up my feelings for a movie,” Hansen said.

Whenever Hansen goes to the movies, he always buys popcorn, and he never takes notes.

“Whatever sticks goes into the review,” Hansen said.

But what sticks is not always the same. It is not always just the story, the writing and the acting. Monte Samuelian ’16 said that he likes how Hansen occasionally talks about music in his reviews along with movies.

“[Hansen] is well-versed in music, so I like hearing his take on musical scores,” Samuelian said.

Most of the time, Hansen waits until he gets home to write up a review, although he once posted a review while the credits were still rolling on the screen.

“It was probably a bad movie because if it was good I would have been sitting there in awe afterward,” Hansen said.

Usually Hansen watches the major releases with his parents, who love the movies just as much as he does. His father works in the entertainment industry as a first assistant director.

“He basically sets up the set for the day,” Hansen said. “He gets the background action prepared, and then he helps the director with schedules and meetings and storyboards, things like that. Having access to movie sets all my life, it’s been cool to see what goes on, and that definitely has influenced me.”

Hansen is open to watching all types of movies, though he particularly likes action movies.

“Nothing beats a fun action movie where you sit down and there’s rip-roaring action through for two hours,” Hansen said. “Mission: Impossible – Rogue Nation, probably not a great movie. But you sit down, and he’s jumping off of buildings, jumping onto planes, swimming for six minutes underwater. It was incredible.”

For the past two years Hansen has continued to write reviews because students seem to like them, he said.

On Facebook, his posts garner likes and comments. Some students, like Ryland Marcus ’16, just appreciate how straightforward his reviews are.

“They are real,” Marcus said. “[Hansen] doesn’t taint his opinions for anything. He says what he thinks, and then he gives a rating. I can agree with that, I can disagree with that, and I can comment.”