A lot to be thankful for at Harvard-Westlake 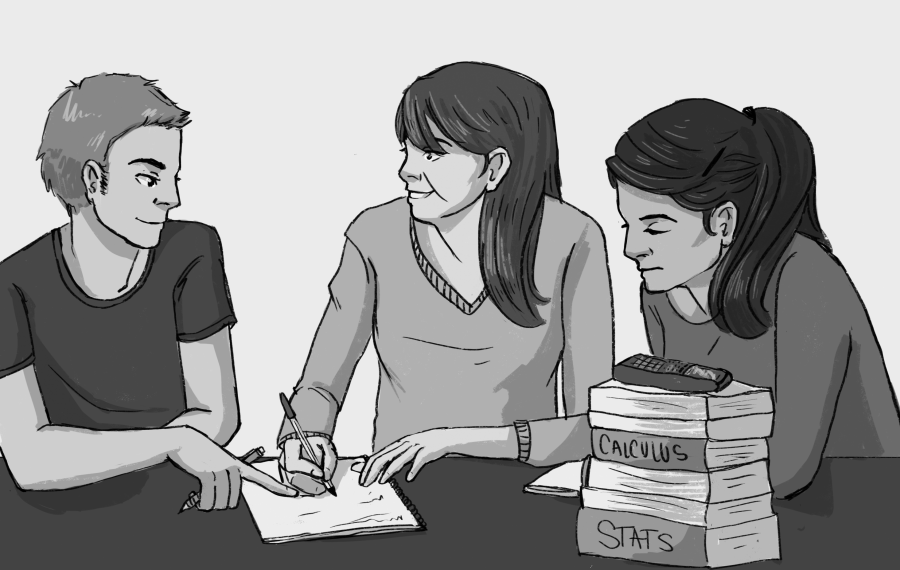 Henry M. Gunn and Palo Alto high schools in Silicon Valley are situated near train tracks. Most students, when they come to the tracks, know the drill; they wait until the train passes, and then they cross.

But at Gunn, starting in 2009 and over the course of nine months, three students did not wait for the train to pass and jumped right in front instead, taking their lives. And during the 2013-2014 school year, 12 percent of Palo Alto High School students admitted to contemplating suicide, the Atlantic Monthly reports in a December article titled “The Silicon Valley Suicides.”

More than 4,800 American teenagers took their lives in 2013, making suicide the second leading cause of death for 15- to 24-year-olds, after unintentional injuries, according to the Center for Disease Control. We in the Harvard-Westlake community are fortunate to not have experienced a student suicide in recent memory, but other high schools do not have such fortune.

Most of the kids taking their lives at the Silicon Valley high schools were smart and athletic with a bright future ahead of them.
And both schools are similar to Harvard-Westlake: they attract high-scoring students and are known to place a lot of stress and pressure on students to succeed. Yet, there may be a difference: institutional proactiveness.

In the past month, for example, assembly speakers have been brought to campus to help begin open discussions about sensitive topics. Suicide survivor Jordan Burnham addressed students Nov. 4 and openly gay lacrosse player Andrew Goldstein spoke to the school Nov. 16.

Our administration all the way up to President Rick Commons cares about each and every student, and that is something we should be thankful for.

“What’s happening with our series of assemblies is a building of not only our community, but our sense of hope; what we are supposed to be as human beings, how we are supposed to care for each other, and what values we hold,” Commons said. “I think the focus on such was really compelling and the speakers have just done great lately.”

What stands out as possibly unique and special for Harvard-Westlake is the sense of community and close bonds held between faculty and students. Regardless of how bad our days are going, we at the Chronicle will always know that our teachers are there to support us.

If we have three tests on one day, we can bump one of them to a different day. Last year, in response to student feedback, midterms were moved before winter break, so we have the opportunity to relax during those two weeks off.

And yes, our teachers do push us to succeed, giving us low grades on essays we toil long and hard on, or dinging us on tiny little mistakes we make on our science labs, but at the same time these teachers give us support, coming in early in the morning before school starts to meet with us and answering our emails at 2 a.m.

So when we students are sitting down at the Thanksgiving table pondering what we’re thankful for, we should say “thanks Harvard-Westlake for pushing us to do our best and mantaining deep care and respect for us.”