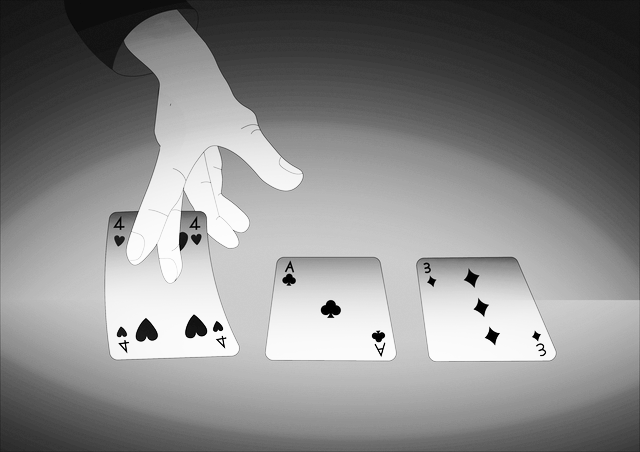 When Virginia* ’16 was deferred from Princeton, she was really disappointed since it was her dream school. However, she used this deferral as a motivation to regain her focus in school and work harder on her fourteen regular applications and art supplement during winter break.

“I took a couple weeks off track and cross-country to get my college stuff together and focus on school because it’s just easy to start making excuses for lower grades because of how much I’m doing,” Virginia said. “I wanted to sort of narrow down my responsibilities and get my grades up for now.”

Since most of her schools require art supplements, Virginia has also been working on her pieces. She has just started her concentration in art class and is doing pretty well in terms of finishing them by deadline.

“I’m actually a pretty fast worker,” she said. “I can probably finish a piece in a weekend if I pull an all-nighter.”

With her increased workload, Virginia also views her deferral in a positive light as well.

“I’m honestly pretty thankful for the necessary motivation to do well in school, so I think it forced me to look at my studies again and try to get more happiness in studying that I previously had,” Virginia said.

Winter break could not have come at a better time for Austin* ’16.

After being deferred from Harvard and accepted to the University of Michigan, Austin was able to weigh his options and plan his next steps.

However, Austin wanted more options when it came to college, so during the break, he spent about two hours every day working on college applications.

“I applied to around 18 or 19 schools, which is a lot,” Austin said. “I actually didn’t realize how it was until I actually had to get the apps done. And while it is kind of a waste of time and money, there were so many things I liked about each of the schools that I have on my list.”

When the time comes to decide on a school, Austin wants to avoid all regrets.

“I’m just excited to wait and see where I get in and decide based off of that,” Austin said.

Because Homer* ’16 didn’t send in any early applications, he spent much of his winter break working on his college applications, which totaled ten.

Because Homer doesn’t really mind what size school he goes to, he has applied to schools ranging from smaller liberal arts schools to some bigger Ivy Leagues.

“All of [the schools], with the exception of William and Mary, are kind of liberal arts schools, which is what I’m interested in,” Homer said. “That, to me, is the best mix of all the subjects I’m interested in. I can do a lot of different stuff like science, history, the arts. Anything I want to do, I can do at these schools.”

Throughout the application process, Homer felt as if the process itself was not as stressful as he had expected it to be. He’s found it relatively easy to work on his applications while also focusing on play rehearsals and school work.

“What you hear about [the application process] is too stressful,” Homer said. “The process isn’t nearly as bad as what you hear.”

He is looking forward to doing more theater in college.

Willa* ’16 was accepted Early Decision to Emory University and plans to continue playing basketball there.

“Even though I was verbally committed to Emory, I was really, really nervous because it’s Division III and nothing was 100 percent sure even though I had the support of athletics,” Willa said. “When I got the e-mail, it was actually right after practice when I read it. I was really excited, and I was really happy that my teammates were around me.”

Division III athletics are never a guarantee because unlike Division I athletics, the colleges cannot offer athletics scholarships, so the decision is based on both academic and athletic merit.

“It makes me really happy obviously. Knowing that I have a place to go next year is really awesome,” Willa said. “It just makes playing my last season so much better and so relaxed, and I’m just really excited to finish it off with the end of my high school athletic career.”