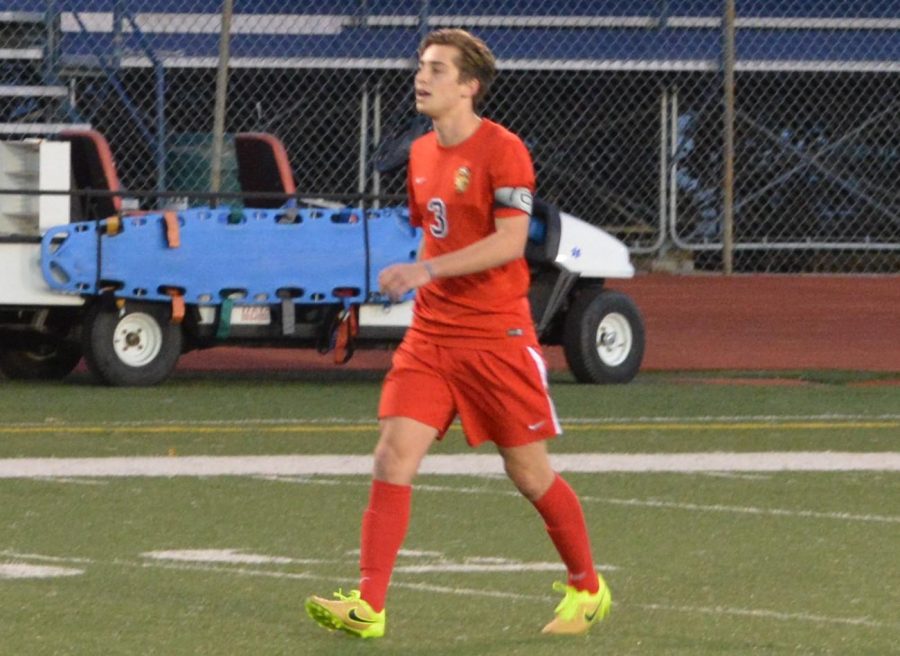 When and how did you start playing soccer?

I’ve been playing since I was five.  I started at American Youth Soccer Organization (AYSO) and then played club after a couple years, since I wanted to get a more serious with soccer.

How has being a varsity player and team leader impacted you as a player?  What has it taught you?

I started as a center midfielder on varsity, and led the team in minutes.  It gave me a lot of perspective with leading kids.  I realize how much freshmen, sophomores and juniors look up to me and the other seniors as a leader.  With all the experience I’ve had, I’ve learned that anything can happen in high school soccer, and especially our league, the Mission League, since all the teams are so evenly matched.

How have you evolved as a player over the course of your high school career?

First off, I didn’t play sophomore year because I was playing Academy (my club).  As a freshman, I was purely a defensive midfielder, and I wouldn’t go up that much and play on the offensive.  Junior and senior year I took more of an offensive role with the team, especially with moving the ball forward instead of just distributing it to other defensive players.  I’ve also gotten more confident and taken more shots as I’ve gotten older.

How much time do you spend training, both in season and offseason?

For high school preseason, we practice six times a week, for about two hours a day.  During season, we usually have around two or three games a week.  We practice every day we don’t have a game.

What do you do to prepare for your matches? Any pregame rituals?  What’s on the playlist?

Before every game, the whole team always “juggles” in a circle in the locker room to get our blood flowing, get some chemistry going and get excited for the game.  We also always listen to “Sun in Shining” by Axell Ingrosso on full blast, which is fun because everyone knows the words to the song and yells them.  And before we take the field, I juggle with my brother Jeremy by the sideline before kickoff, until we drop the ball.

As a senior, what have you done/do you plan to do differently this year?

I’ve taken more time to enjoy every game and really appreciate everyone on the team and everything they are giving to us, especially since it’s my last year.  I’ve really just tried to have a lot of fun with it and make the most of my last year on the team.

What has been your most memorable on-field moment?

My most memorable moment would be at Notre Dame last year, during my junior year.  We were down 2-0 at halftime, and we came back to win 4-2.  I scored the first goal and then assisted the second goal, which tied the game up.  After that, we basically were just able to continue to come back from there and play strong.  We had a lot of momentum, and it was awesome to see our whole team get really energized after that play.

How would you characterize your squad’s season so far?

Although our record isn’t fantastic, I would definitely say we have a really high-powered offense and a really strong defense as well.  I think the best word to characterize our team throughout this whole season is passionate.  For every game, all of us give everything we have, so I think that says a lot about who we are.