Behind the scenes at New Hampshire primary 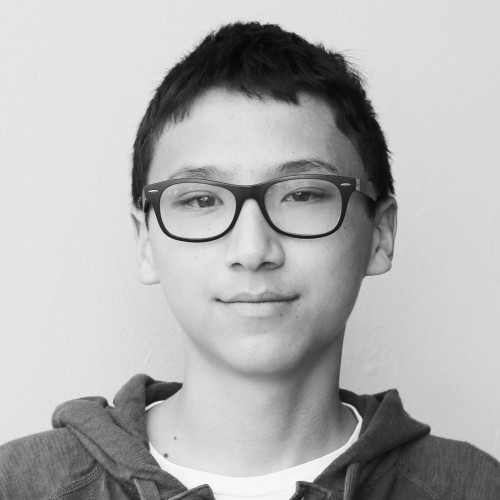 He talked about getting rid of Super PACs, making sure the top-grossing businesses pay the taxes they should be paying, and undercutting the power of Wall Street. Each point was met with more enthusiastic, almost deafening, applause than the last.

He offered to let me go with him to meet candidates and other powerful figures, attend rallies and TV tapings, and visit polling places to help further my knowledge and interest in the U.S. political system.

The night we arrived, I had the chance to talk to New Jersey governor Chris Christie after a Fox segment he had just taped. Considering it was late at night, he was the last to go on the air, giving the people I was with a chance to talk with him and his family.

He talked about how he felt he would come up big, especially after his debate performance. But by the time the polls closed Tuesday night, he had suspended his campaign. The brashness, the targeting of Rubio, it hadn’t paid off.

Earlier on Tuesday, my group and I talked with the soft-spoken Ben Carson, who was Christie’s opposite. Christie’s brash confidence, different than how he would be feeling not even 12 hours later, was palpable and exciting, while Carson was much more subdued. When asked about his polling numbers, he said that “it was in the control of the Good Lord.” Interesting enough, his wife seemed to be doing most of the talking for Carson, who seemed burnt out from campaigning.

Easily the most interesting person I met was Donald Trump. We had the chance to talk to him for quite some time, and it became obvious that he wasn’t quite as brash as the Donald Trump we see in the debates. He was warm, almost gentle. Seeing him work a crowd in person made obvious his appeal to the people. He talked to everybody, was more than gracious in taking pictures and signing autographs, and seemed to be quite unstressed for election day (not that he had any reason to be).

At a polling place in Londonderry, NH, we talked with about 15 voters, young, old, male and female. Of the voters we talked to, about half were Trump supporters. One self-described “Second Amendment advocate” said he voted for Trump because “it was time for an anti-establishment candidate like Trump to take the White House, or else [I] would witness the US become a third-world country and suffer immeasurable debt.” Not one voter we talked to was voting Democrat.

The most interesting part of being in New Hampshire was witnessing just how much work went in to covering it. I had lunch with Jonathan Karl, the chief White House correspondent for ABC. He had been in New Hampshire for weeks, and was heading to South Carolina that night. Over a couple weeks, he had crisscrossed the state, for 12 hours a day.

The freezing cold weather and blowing snow seemed to stop nobody from voting. It took us, at one polling place, 20 minutes to even get inside because of all the people voting. We learned that voter turnout exceeded 50 percent, which is more than double the average turnout of California voters.

In the 24 hours that I drove around the state of New Hampshire, my faith in the political system was restored. It made me proud to be an American. In fact, one person we talked to drove up from Georgia just to stand outside a polling place with a handmade Rubio sign – that was how much this election meant to her.

People, especially the young adults, were palpably excited to be there, to make their voice heard, and to be a part of their country’s history. It was a refreshing site to see.

Not all of them were Trump supporters, but there were certainly a lot of people ready to “Make America Great Again,”