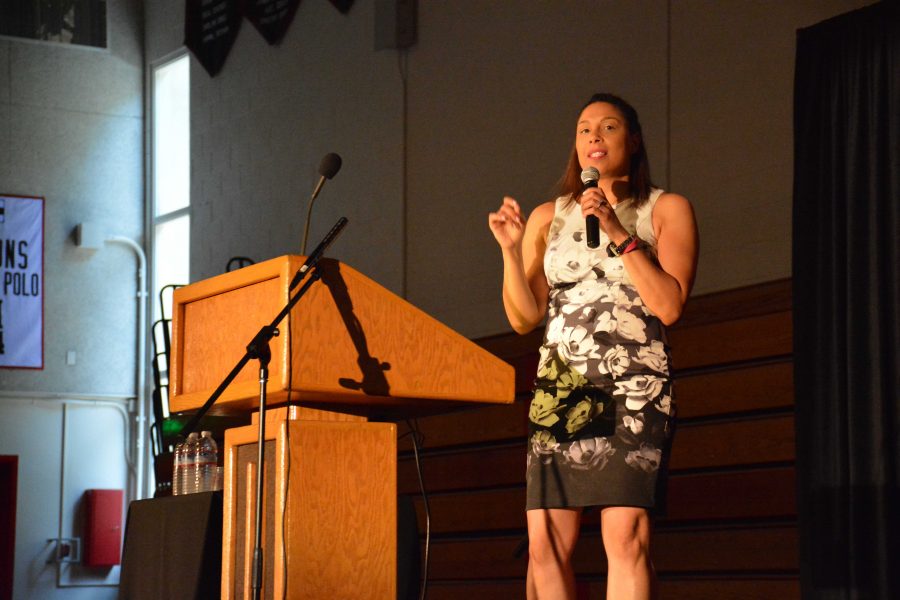 Hancock teaches Political Science and Gender Studies at USC’s Dornsife College of Letters, Arts and Sciences and is the founder and executive director of the Research Institute for the Study of Intersectionality and Social Transformation.

Hancock discussed the impact of implicit bias towards people of different races even though it is not necessarily intentional. She explained that starting from the age of three, one’s surroundings have a significant influence on their perception of others.

Behavioral evidence of this subconscious bias comes out in places as common as the classroom for high school students or even in seemingly innocuous places like video games, Hancock said. Although it might not seem serious in casual settings, this intolerance can eventually manifest in areas such as police brutality and unjust violence.

“When we think about implicit bias, we often want to separate the implicit bias, those things that are in the backs of our heads from this kind of behavioral evidence,” Hancock said. “But what any police officer will tell you is that traffic stops, and suspect apprehensions are some of the most dangerous contexts in which [the officers] live their lives.”

Hancock also described psychological impacts on the black community stemming from common prejudice such as anxiety, Post Traumatic Stress Disorder symptoms and triggers, to stereotype threats. For students, these repercussions can affect their academic performance and lower their test scores.

Hancock encouraged students to move towards “deep political solidarity” and create a society consisting of one unified community.

“Deep political solidarity focusses on this idea that we have to address feelings of anxiety, ambivalence and loss. So rather than just thinking about having feelings, we have to do something about those feelings,” Hancock said.

To teach the audience ways to veer away from deep-rooted stereotypes, Hancock offered steps students could take to achieve equity, such as taking a free online test to determine one’s implicit bias, working to rewire one’s mindset by improving neuroplasticity and acknowledging the problem as a way to find a solution.

“We could sit here, and we could talk about some of the amazing stuff that has happened in Black History Month in the past, but we also need to talk about how history is happening right now and how we are going to be part of a solution rather than allow the problem to keep going,” Hancock said.

Anya Andrews ’17, one of the five leaders of BLACC, said she hopes the message of today’s assembly leaves a lasting impression on the school community.

“One of our goals as a club this year is to create and inspire more racially aware conversations on campus, not just in assemblies, but in classroom discussions as well-to raise our voice on campus,” Andrews said. “I think Dr. Hancock really helped us emphasize that goal and raise some great questions and discussions among students.”