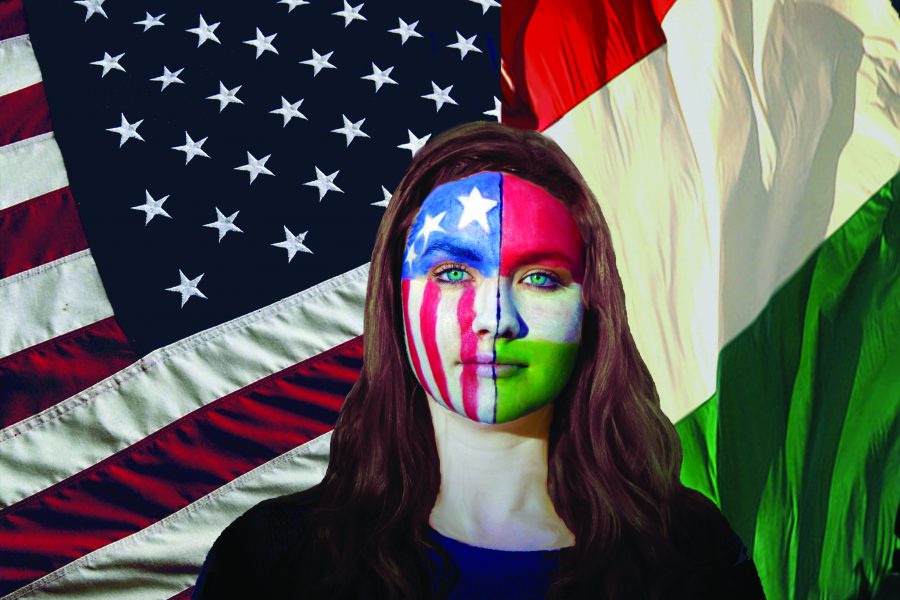 When traveling to foreign countries, Gabriel Jenkinson ’16 has the choice to go through border security either as an American or Italian citizen. In approximately three months, he will also receive his Canadian passport, providing him yet another possible identity when exploring the globe.

“I got my Canadian passport because I applied to a college in Canada, and it was much cheaper,” Jenkinson said. “I also have to use my Italian passport anywhere in Italy because people [dislike] Americans.”

Jenkinson is also a natural born citizen of Jamaica and Canada, which means that his mother and father have citizenship in these countries, respectively.

With no official registry tracking the number of Americans who hold multiple citizenship, it is estimated that anywhere from one million to three million dual citizens live in the United States, according to the U.S. State Department.

While the U.S. Citizen and Immigration Services defines dual citizenship as “a person who is a national of two countries at the same time,” the U.S. State Department does not officially recognize dual citizenship.

Despite his ability to live permanently and work in three other countries, Jenkinson said he plans to remain in the United States because of the increased opportunity here.

“I have the strongest connection to the U.S. because I’ve represented [the country] before for track and field before I came to Harvard-Westlake and also because I’ve lived here the longest,” Jenkinson said.

Science teacher Nadine Eisenkolb, originally from Germany, does not have U.S. citizenship and instead possesses a green card, a permit that allows a foreign national to live and work in the U.S. She plans to become a dual citizen in the future.

“I feel strong loyalty that I am truly a dual citizen, and as soon as I am eligible to apply for dual citizenship, I will apply for it,” Eisenkolb said. “While all of my cultural background and childhood was lived in Germany, I’ve lived my entire adult life in the United States.”

Eisenkolb moved from Germany to study at a college in the U.S.

“I decided there were a lot of beautiful places where you could go scuba diving and study marine biology at the same time, as opposed to northern Germany, which is very cold,” Eisenkolb said. “I looked at English-speaking places, and I decided to go to the University of Hawaii, and I never left [the U.S.].”

Before receiving her green card, Eisenkolb had a U.S. visa, which only allowed her temporary residence in the country.

“Now that I have a green card, when I come back [border agents] say ‘Welcome home,’” Eisenkolb said. “And that’s really nice because I do feel like I’m home here. It’s great to hear someone say that.”

Although her time as a resident in the U.S. has mostly been positive, there have been difficulties along the way. In 2008, when she was still on a temporary visa, Eisenkolb accidentally drove across the Mexican border while going to San Diego from Los Angeles.

“I had this feeling that it was really far away,” Eisenkolb said. “Then suddenly there was a sign on the right hand side of the freeway saying, ‘Last exit in the U.S.’ I missed the exit, and then I was driving straight towards the [Mexican] border.”

Eisenkolb said she was extremely concerned because she was still on a temporary visa and did not have the proper identification to get back into the United States.

“I played it through several times and had multiple international phone calls to people in the United States and to my mother in Germany,” Eisenkolb said. “Worst-case scenario, I would’ve had to have gone to the embassy in Mexico. I had also planned other routes of having someone break into my apartment and drive my passport to Mexico for me.”

Eventually though, Eisenkolb said she was able to cross the border safely back into the United States.

Eitán Sneider ’17 and his family have both U.S. and Mexican citizenship. To make international travel easier, he plans to get a European Union passport for either Poland or Lithuania, countries from which his great grandparents came, because proof of ancestral lineage qualifies American citizens to obtain passports in some European countries.

Sneider said he may use his Mexican passport when he attends the 2018 World Cup in Russia, since relations between the U.S. and Russia have suffered since the Ukrainian border conflict.

“Considering the inconsistency of U.S. diplomatic relations with Russia, it might be beneficial going to Russia as a Mexican citizen, as opposed to a U.S. citizen,” Sneider said. “Same thing happened when my family was considering going to Cuba as Mexicans.”

Although the majority of his family lives in Mexico, Sneider said he has equal loyalty to both countries and plans to remain in the United States in the future.

“Growing up in the United States, I am loyal to the U.S. because it’s where I was raised,” Sneider said. “It’s where my friends are from, and it’s my country. But I think a lot of what makes me who I am comes from the Mexican culture and the background I was raised with from my parents.”