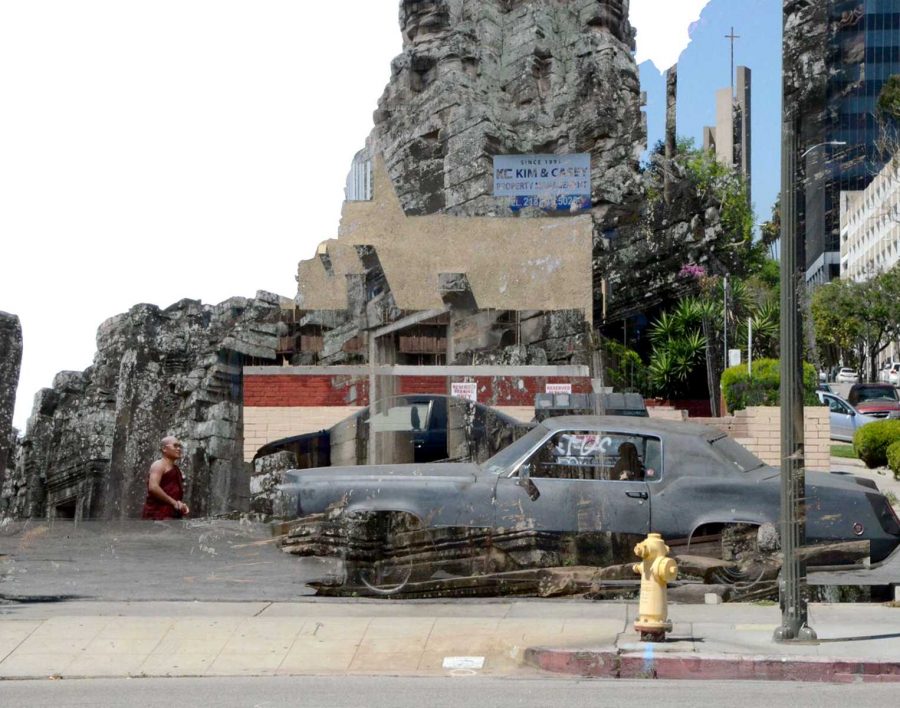 The Scholastic Press Association awarded Maddy Daum ’18 the Best-in-Grade Award for her photograph taken in Cambodia, which was put on display at Carnegie Hall June 2.

According to the Scholastic Press Association, the Best-in-Grade Award is given to the most accomplished writers and artists in grades seven through twelve. Two artists and two writers from each grade level are granted the award each year.

While in Cambodia for the Digital StoryTelling Trip, Daum snapped a photo of a temple in Cambodia to create a double exposure photograph with another picture taken in Downtown Los Angeles of an old car. Daum said that she wanted to show the juxtaposition of the American lifestyle and Cambodian lifestyle to portray the contrast between what is important to Americans and what is important to Cambodians.

“Receiving the award and having my photograph displayed at Carnegie Hall was someone else besides myself telling me that it is a real possibility for me to continue on in photography and that it is something I should definitely pursue further,” Daum said.