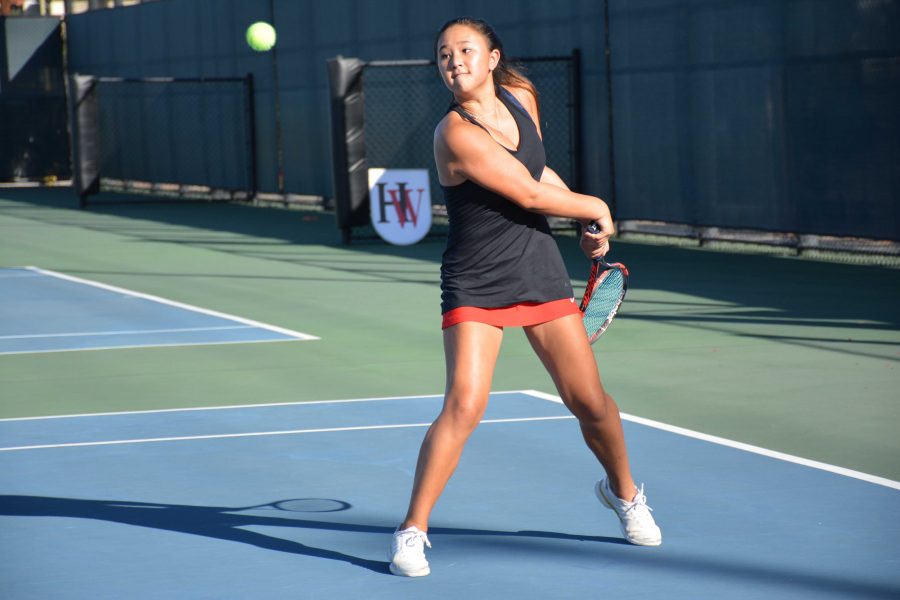 Though only six players will return to the girls’ tennis team, the team hopes to advance into the finals again and this time, go all the way.

Last season, the girls’ tennis team broke every school record and fell short in the finals by one match.

“We have got returning players and a whole lot of new players that have come in and have a lot of energy and excitement,” Girls’ Tennis Program Head Kristie Gipe said. “They are really excited about being on the court and are working really hard. I think we are going to be a really good team together.”

This season, the team has fewer seniors to lead the team than they did last season. However, they believe they can still have a successful season.

The squad has been working on specific strategies and different aspects of their play to improve before the season begins.

“We are focusing a lot on our doubles because that is where we lost a majority of our points last year,” Gipe said. “So we are working on volleys so that we can be strong [in that category].”

The season will start off Tuesday with a game against Valencia. However, the squad is anticipating their game against Peninsula, their biggest competitor, on Sept. 21. Last season, the team fell to Peninsula in the CIF Finals, losing 10-8 to the Panthers.

“I really hope we’re able to beat Peninsula this year,” Amanda Chan ‘19 said. “I think this year we have a really good chance to beat them. We have some new girls on Varsity this year that are really good and the girls that were on the team last year have really improved over the summer.”

Apart from working on improving the level of play on the court, the squad is looking to enhance their teamwork and ability to work together.

“Our goal is to create another team who are willing to play as a team and not as individuals,” Gipe said. “If we do that, we can have a really good season. I think we can do very well if we come together as a team and as a unit.”