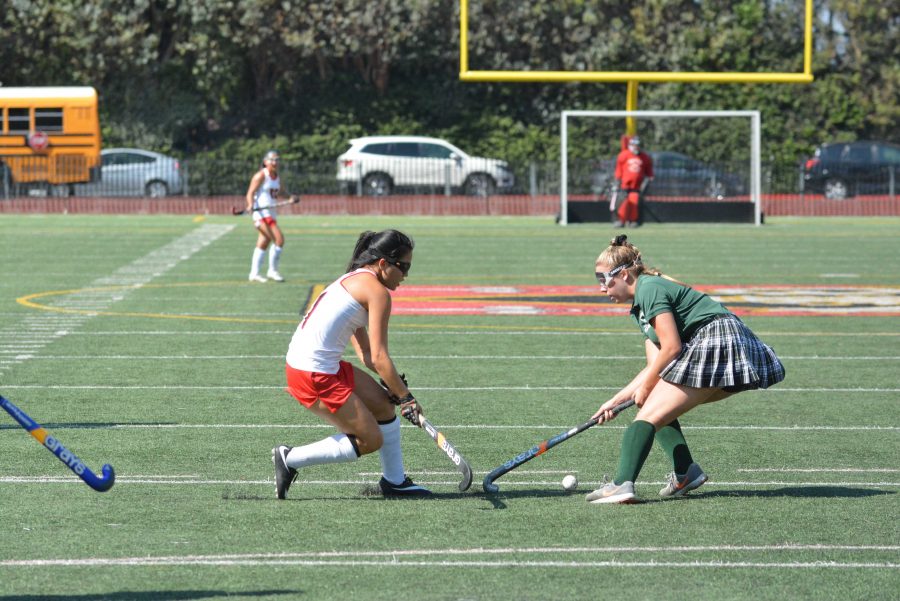 Alyse Tran '18 and an Edison player fight for the puck during the season open Aug. 30. Credit: Cameron Stine/ Chronicle

Nicole Bahar ’18 scored the only goal of the game in the first half.

“I think [scoring the goal] gave both me and the team a boost of confidence, considering we were playing the CIF champs from last year,” Bahar said.

Bahar also says she feels that this victory has the players eager for the season.

“I think the team is really excited for what the season has in store,” she said.

The squad lost to Edison 4-0 in last year’s opening game.

They team participate in the KSA tournament this weekend and play their next home game against Fountain Valley High School on Sept. 8.