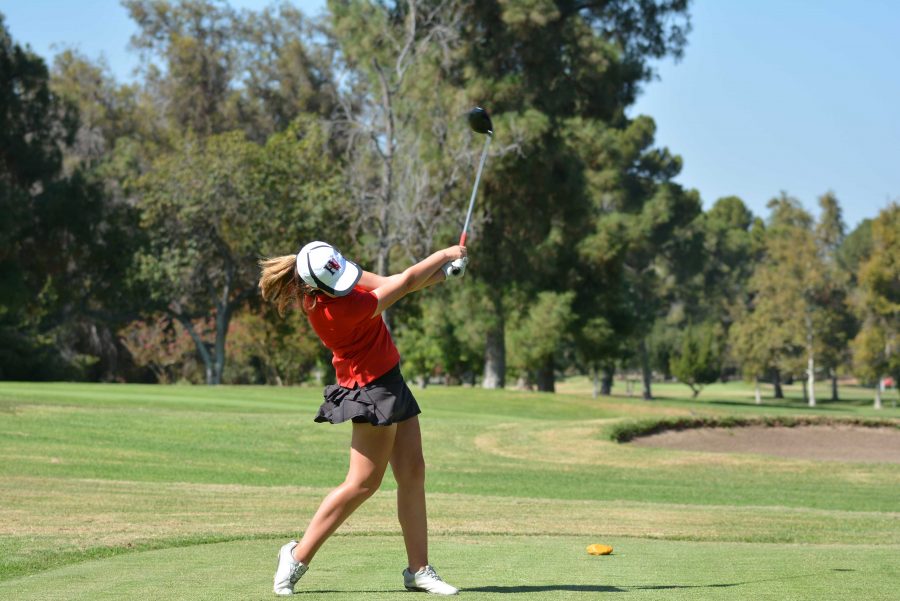 Josie Baker '18 tees off during the Wolverines' 210-303 victory over Chaminade on Sept. 8. Credit: Aaron Park/ Chronicle

The girl’s golf team is off to a strong start, tallying their second consecutive victory against Chaminade on Thursday at the Balboa Golf Course.  The Wolverines, now 2-0,  won 210-303, with this 93 stroke victory being the largest margin in several seasons.

Team captain Chantalle Wang ’17 and first-year player Daisy Wan ’20 led the way, both shooting 2-over 40 on the day.  Josie Baker ‘18 recorded two birdies, while Wang finished the match with another.

After the team tested their player pairings in their first match, the starting lineup for Thursday’s game was largely unchanged.  Rachel Madhogarhia ‘17 replaced Skylar Graham ‘20, who was out with an injury.

“I think the team’s working really well together,” Wang said. “We’re all supporting each other, encouraging each other; we’re all telling each other just to play our best game, and that’s what we’ve been doing.”

The team will next play in an Invitational Tournament on Monday at Simi Hills Golf Course.