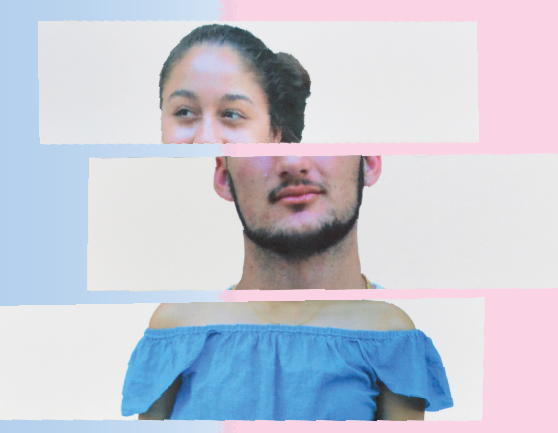 The faculty will begin to enforce the dress code more vigilantly, Interim Head of Upper School Liz Resnick announced in an email to students and parents last Wednesday, sparking controversy among some.

Resnick said that as temperatures rose, the faculty felt that students were coming to school in clothes that were not dress-code appropriate.

“I feel that it’s the job of students to be professional in our environment and to be in compliance with this dress code, which has been on the books for years,” Resnick said.

Resnick informed faculty in a meeting of the change, saying that if they feel a student is in violation of the dress code, they should tell that student to see Assistant to the Head of the Upper School Michelle Bracken.

“If a student is on the quad and in violation of the dress code, we will ask them to cover up,” Resnick said. “If they have a sweatshirt in their locker, that’s fine, and if they don’t have something, they don’t have to go buy something because we have clothing they can wear.”

Some students feel that an emphasis on the dress code will inevitably affect female students more than their male peers.

“I definitely feel like the dress code is more directed at girls, but at the same time I understand where the school is coming from,” Haunani Bautista ’17 said. “All girls and guys should know what’s appropriate for school, but I’m a firm believer that if you feel confident in an outfit, you should wear it regardless of what other people think.”

As of press time, the La Femme club was set to hold a town meeting Tuesday afternoon to address the stricter enforcement of the dress code, which Resnick, Bracken and Assistant Director of Communications Shauna Altieri had agreed to attend the meeting.

“The La Femme club doesn’t have a stance on the dress code, but we wanted to give both students and [the] administration an open place to help each other understand where they’re coming from,” club leader Sohni Kaur ’17 said.

Others feel that the email was taken the wrong way by some students.

“I don’t think the dress code has a sexist intent, and I think it can also solve problems like boys dressing in offensive clothing,” William Park ’17 said. “So I think overall it will have a decent effect.”

Discussions about the dress code took place on various class Facebook pages, including on the girls-only senior class page.

“The reactions from the girls’ group on Facebook were constructive because, even if we disagreed, we were able to have a genuine discussion about it, and we didn’t invalidate other people’s views,” Marie Begel ’17 said. “The [senior class] Facebook page just devolved into madness, and people used extreme examples to try to justify their point.”

This is not the first time the faculty felt the need to re-emphasize the dress code.

In 2012, Upper School Dean Beth Slattery reminded girls to wear appropriate clothing at school, warning them that they would be forced to change if they were in violation of the dress code.

She also said that, as fashion trends come and go, dress code issues often come up.

Previously, boys were found violating the dress code due to sagging pants.

Resnick said some faculty members would like to consider a uniform.

“I understand the ease with which a uniform could make dressing in the morning,” Resnick said. “At the same time, one of the things that the school is preparing you to do is to enter the world, to go into college and beyond and to learn how to dress appropriately for the different environments you will be in.”