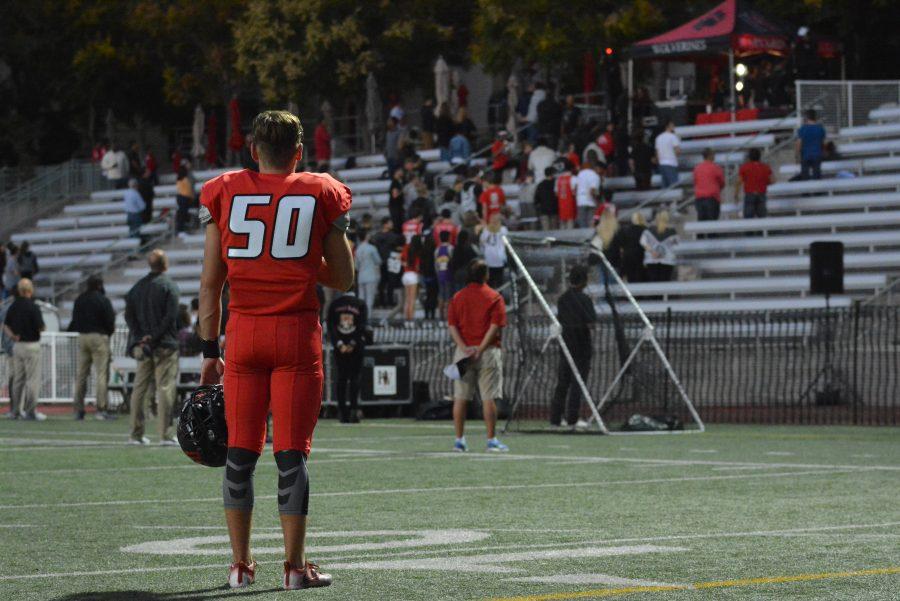 It’s not always easy to see the flag from Ted Slavin Field.

When we turn our backs from the field, put our hands over our hearts, and crane our necks so we can see the flag over the Munger Hall hedges, we think about what the flag, the national anthem, what being proud of this country means.

By now, I’m sure most, if not all of us have heard about professional athletes kneeling for the anthem, due to the unfair treatment of African Americans in this country. Colin Kaepernick might have started the movement, but entire NFL teams have followed suit. The reaction hasn’t always been positive: Kaepernick, according to a recent ESPN poll, is the most hated player in the NFL. Many have been quick to point out that Kaepernick is being disrespectful to the military, and choose to ignore his motives by casting the outspoken signal-caller as an attention seeker.

As Wolverines, we need to be cognizant of the mistakes that our country has made, and be respectful of both sides of this issue.

Our community has an affinity for debates. So far, we have not been doing a good job of being respectful to both sides. Even though one side might be clearly right to 99 percent of us, we are not sharks, waiting in the water for blood, ready to pounce on anyone who has a weak argument. It’s not hard to see why some of our classmates have used mediums such as Facebook and the field to express their views on protesting the national anthem.

I get that coaches don’t want to divide their teams and cause locker room tensions, but I think that these are issues that shouldn’t be ignored on the field. We don’t ignore them in history class, we don’t ignore them on the quad and it just doesn’t feel right to suppress all the strong voices at the point when our community’s togetherness is at its peak: under the bright lights. It’s time to let our athletes speak out, take a kneel and speak up for what they believe is right.

In times like this in our country and our community, the Fanatics should support each other like we support our players: as a team. We need to be supportive of each other and remember what the flag is supposed to be: something that unifies us and represents our freedom to say what we want. Even though that can be hard to see over the hedges.