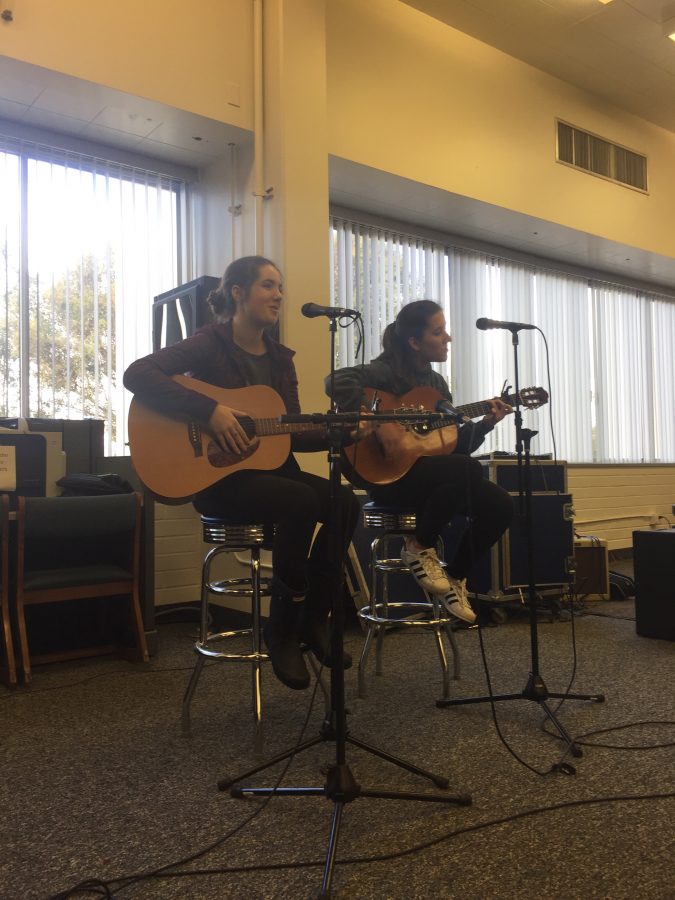 Students performed in the second Coffeehouse of the year, held in the Chalmers Lounge after school on Monday.

The event consisted mostly of singing and featured many solo performances. Performances included Imani Allen ’19 who sang a rendition of Paramore’s “Ain’t It Fun” and Michael Gaven ’18 who sang “Daughters” by John Mayer and “It’s a Beautiful Day” by Michael Bublé. Charlie Kogen ’19 sang an original song entitled “Antibiotic Mood.”

Abi Thomas ’18 and Esther Ollivier ’18 sang a duet and played guitar to “Run” by Daughter.

“You can just tell that all the performers care so much about what they’re doing and it just shows in their performance,” audience member William Newhart ’19 said.

“It was sort of a last minute thing, we hadn’t really rehearsed all that much,” Charlie Kogen ’19 said. “We went down today third period and sort of ran through it for the first time. But I think it turned out well, we all pulled together.”

Prefect Council organized the setlist of performers and provided snacks and coffee.

“I love getting to watch the performers because there is so much talent at Harvard Westlake and people are so passionate about what they do,” Sophomore Prefect Caroline Cook ’19 said. “It’s really neat that there’s a forum like this for students that maybe don’t get to be involved in the music department here.”