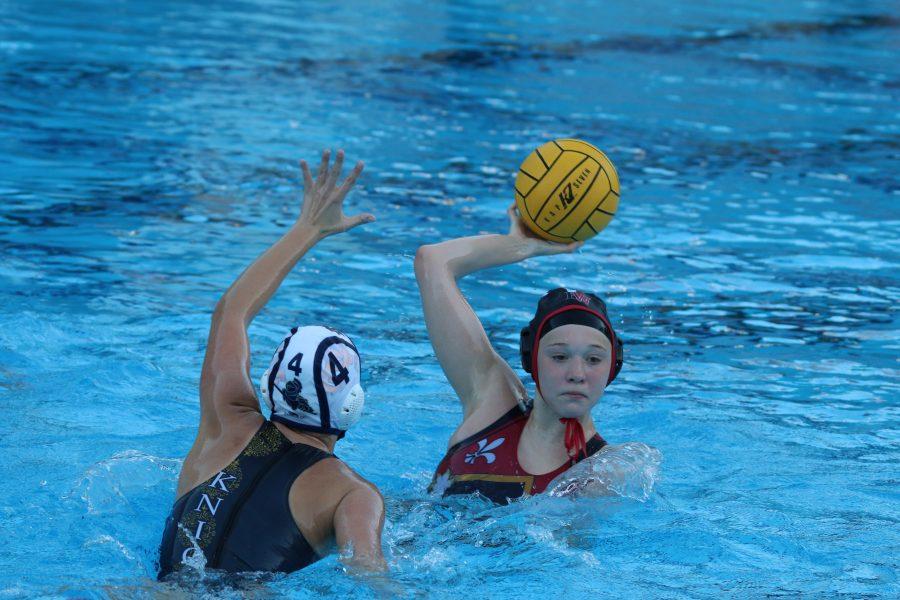 Paige Thompson '17 passes to a teammate during the team's match against Notre Dame. Credit: Pavan Tauh/Chronicle

Camille Oswald ’17, the team’s top goal-scorer, did not score, however she tallied multiple assists. Paige Thompson ’17 and Izzy Weisenthal ’17 were the primary contributors to the Wolverines’ score total, with Thompson scoring four goals and Weisenthal scoring two goals.

This match marked the fourth straight league win for the squad this season, simultaneously handing the Knights team its first loss. The Wolverines continue to lead the league table, with Louisville and Alemany in second and third, respectively.

The team will hope to continue its streak against Louisville on Jan. 31, and will look to secure the Mission League title for the 21st year in a row. Click here for some more photos.