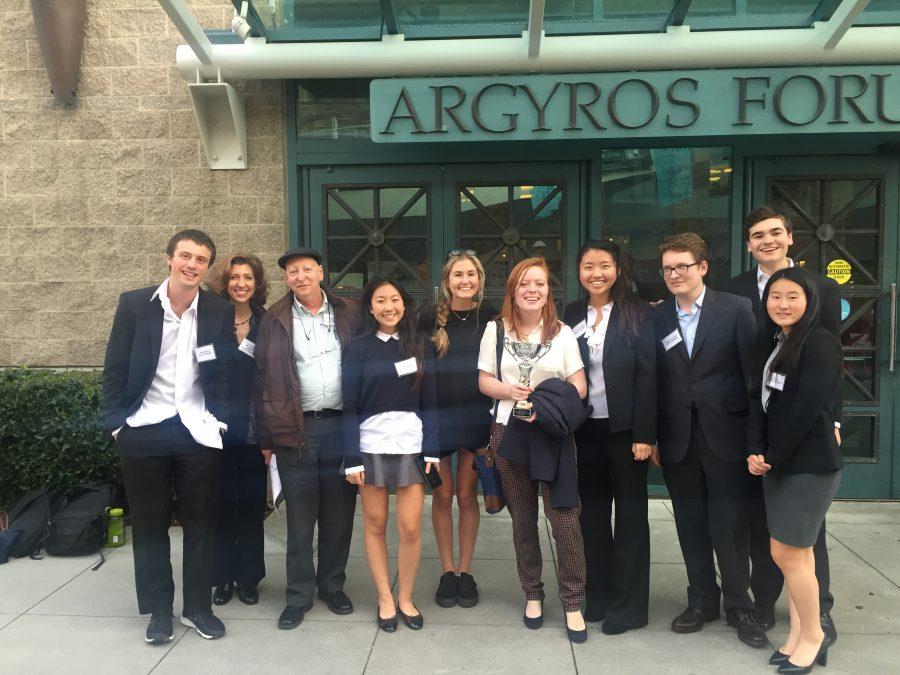 The school was represented by two teams, one of which advanced to compete in an elimination round and will attempt to qualify for the national tournament in April.

Advisor Charles Berezin said that he is optimistic about the abilities of the team this year.

“I think we are better,” Berezin said. “I think we are much more experienced and I think things are going well, although the team last year was very good too.”

In the final round, students presented a case involving the moral problems of public versus private charity and the question of white privilege. In order to get ready for each competition, the students have to prepare to present 16 potential cases.

“I’m really pleased about our performance,” team member Kat Edmiston ’17 said. “I think that we did extraordinarily well especially given that we have a very young team, and I’m really just proud of everyone who made such progress over the year. Even the team who didn’t make it was so amazing, and I’m sure that if they had been in the final round, they would have won too.”

The team will compete again Feb. 18 at Harvard-Westlake against students from Park City High School in Utah.