The boys’ soccer team will enter the playoffs Friday at Redondo Union, capping a regular season that saw the squad (11-8-4) execute an impressive turnaround from last year’s 7-9-3 record.

Redondo Union, who won the Bay League on Feb.9 on a last-second set-piece goal against Mira Costa, finished the season 16-8-5.  The Sea Hawks lost to Leuzinger and Culver City in non-league play, both of whom the Wolverines defeated 1-0.

In contrast to the regular season in which the team struggled to find adequate training time, the Wolverines will have a full week to prepare for their playoff opener.

“We have four practices leading up to the game and every player on the team knows that this is where we can prove what the boys’ soccer program means,” Jeremy Yariv ’18 said.  “No one wants this game to be our last game and that was the same emotion we went into our previous game against Chaminade but we have to just work on our intensity and make sure everything we do is precise as hard as we can do it.”

In his first year at Harvard-Westlake, Head Coach Kris Ward was able to guide the team to a playoff berth by leaning heavily on the roster’s underclassmen.

“In previous years, we have had many seniors on the starting lineup, and my freshman year I think there were seven to eight seniors that started every game.,” Yariv said.  “This year we have two, so that shows a lot of potential for our program and shows that these younger kids can step up and fill roles against bigger guys, who might be seniors on the other team and I’m excited to see what they have in store in the upcoming season once they are bigger and faster and stronger.” 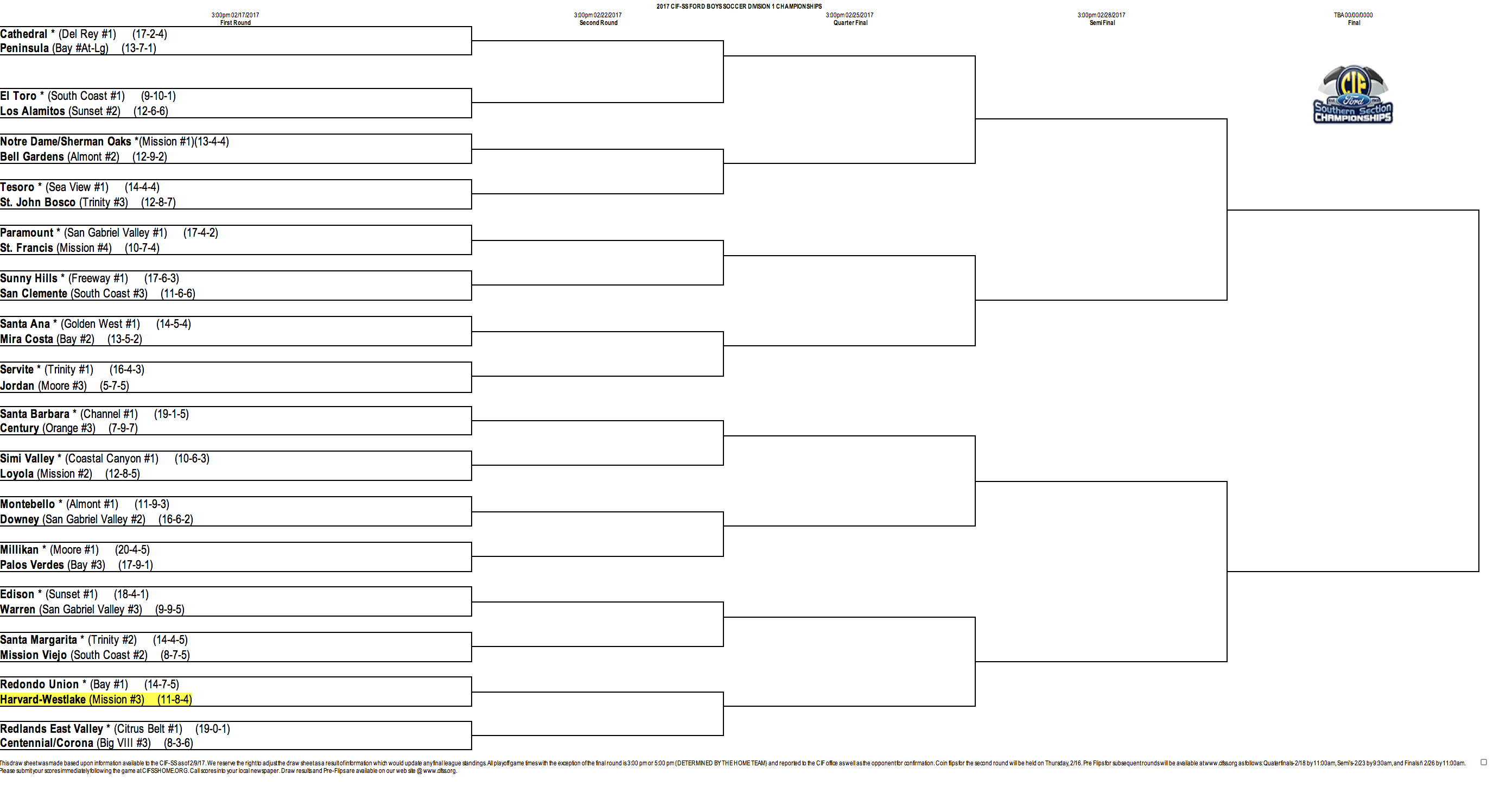 A Wolverines victory will could match them against the Citrus Belt Champion, Redlands East Valley, who compiled an undefeated 19-0-1 record.  Ranked second in the state of California, the Wildcats first play against Centennial, the Big VIII’s third-ranked team.

“Nothing is worse than coming out of a tournament, mad about how we played, and wishing we had the chance again,” Langston Holly ’20 said.  “We want to do the best we can with our opportunity, and not waste it.”