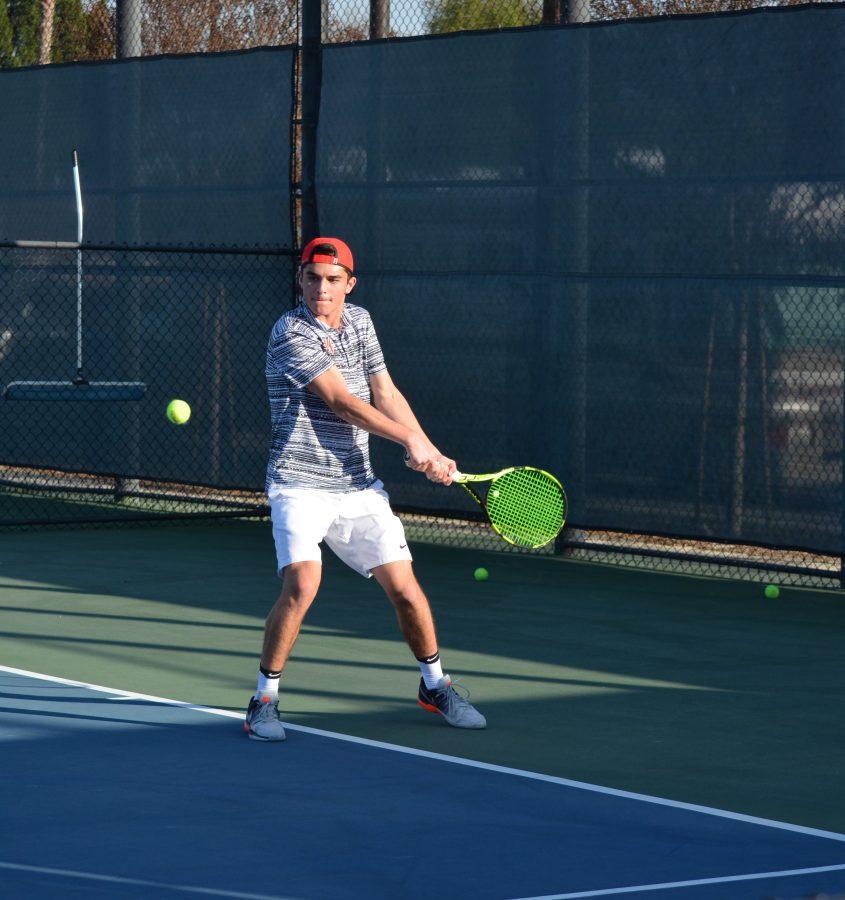 The Boys’ tennis team has served up a strong start, taking three wins in their first three matches.

The squad defeated West Ranch 14-4 in its first match, then routed Los Alamitos 16-2, a team that eliminated them from CIF contention last year, and trounced perennial rivals University 13-5.

The boys were ranked fifth in the nation last year, and are looking to improve even further

“We’ve been playing well as a unit as well as individually. Everyone is contributing and making an impact whether it be from on the court or from the sidelines,” senior captain and Vanderbilt commit Adam Sraberg ‘17 said. “I believe that good things are in store for this program.”

There is no open division in tennis so the Division I boys are currently in the highest level of play, and face teams from all over the country.

They will take on Peninsula next Tuesday, which Sraberg said would be a good indicator of where they are as a team.

A few weeks later, they will be traveling to Newport Beach for the National High School Tennis All American Team Invitational tournament. The NHS-TAAF is the premier high school tennis tournament, and it is where the boys will be able to truly face tough competition and showcase their talent.