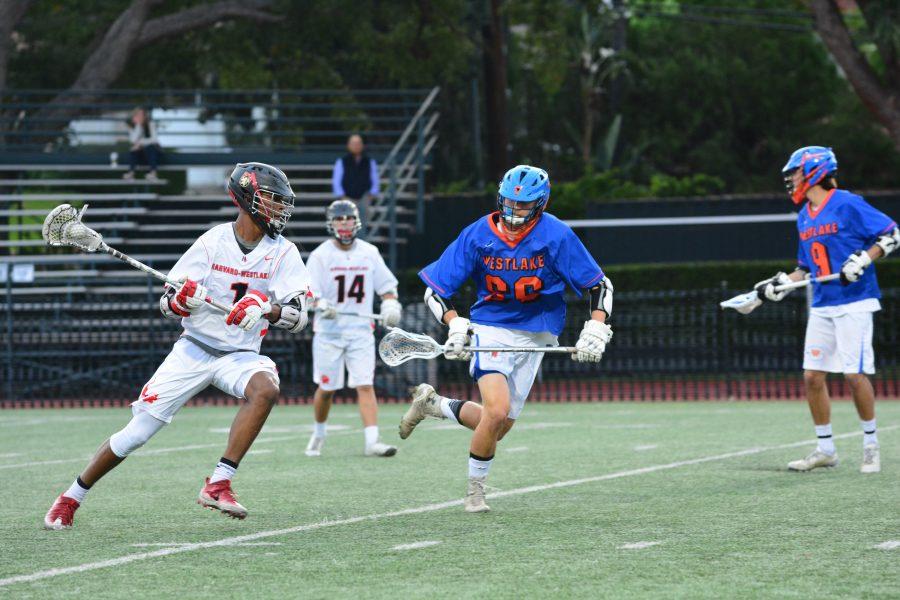 Captain Zac Harleston '17 runs past an opponent during the Wolverines match against Westlake. Credit: Ellis Becker/Chronicle

The boys’ lacrosse team finished an undefeated preseason with a win over Westlake 11-7 on March 10.

After a tense first quarter that saw the Wolverines barely in front, a strong second quarter allowed the team to take a four goal advantage with an 8-4 score at halftime.

The goals came mainly from the attacking trio of Paul Rodriguez ’18, Tommy Park ’18 and Reid Hudgins ’18. Rodriguez and Park both scored three, with Hudgins adding one. Additionally, Harrison Listen ’18 scored three goals, and Zac Harleston ’18 added one to the Wolverine tally.

Being the last game of the preseason, the Wolverines will look to translate their strong form into league play, when they take on Crespi at home March 14.