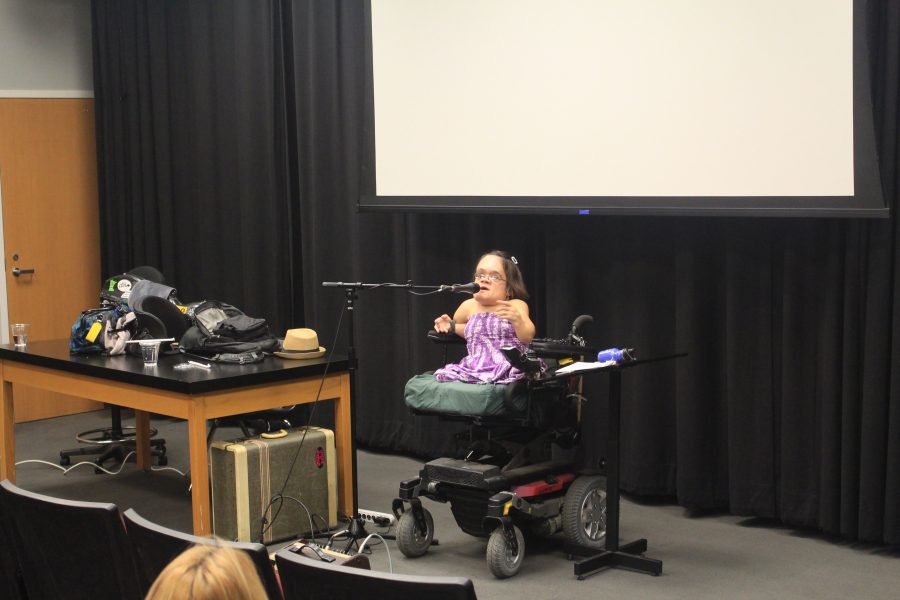 Violinist and singer Gaelynn Lea spoke to La Femme about living with Brittle Bone Disease, advocating for people with disabilities and using her music as a way to enact social change after school March 27.

Lea told the audience that she is the only person in her family with a disability and that her disease was a “spontaneous genetic mutation.” In spite of her disability, Lea enjoyed her childhood, which she said was full of adventures with her siblings.

“[People] make a lot of assumptions I think about people with disabilities that their childhood was different in some way, that they weren’t able to have fun because they couldn’t ride a bike, or they couldn’t run around like other kids can,” Assistant to the Head of Upper School Michelle Bracken said.

When she began playing the violin, Lea said she decided against a series of surgeries that could have resulted in her losing nerve function. Lea did not think that the potential positives of the surgeries were worth sacrificing the activities that she already loved, she said.

“I really felt that without my disability, I wouldn’t be the person I was,” Lea said. “I really liked where I was, and I didn’t think that my disability could be separate from that. I stopped, at that time, feeling like I had lost out on something, and instead it just became a part of my identity.”

Lea brought her husband to the discussion and explained that she often confronted stereotypes about relationships with people with disabilities.

“It doesn’t matter if it’s a normal society standard as long as you’re doing your best to be a good person and trying to live an authentic life,” Lea said. “What other people think or whether you fit a mold really doesn’t matter.”

After Lea spoke, students had the opportunity to ask her questions. Lea and the students discussed the difference between female and male experiences with disabilities, the term “disability” and ways to increase the conversation on campus about disabilities.

La Femme leader Daria Arzy ’18 asked Lea to speak at school after watching her performance in the Tiny Desk Concert on YouTube.

“What I loved to hear was how she talked about inclusivity, and how she can use her experience to include people of all races, all genders and all sexualities,” Arzy said.

Lea is the second of two speakers that La Femme has invited in honor of Women’s History Month. Actress Juno Temple spoke to students March 20.