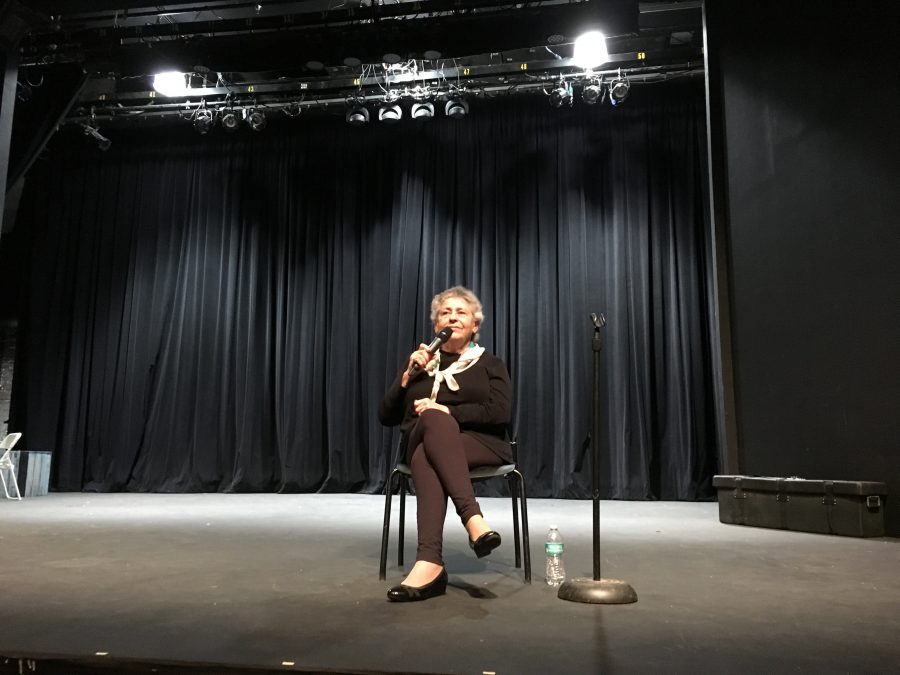 Holocaust survivor Michele Rodri shared her experience during the war, told about her life after and advised students to speak up against wrongdoings at the sophomore class meeting March 29.

Rodri was born in Paris to a Jewish orthodox family. At seven years old, Rodri was picked up by SS officers, she said. Rodri said that her brother had gotten picked up before her.

“At home, my parents were talking very little about it,” Rodri said. “We listened to the radio. My parents were telling us to be cautious, but we didn’t know what was going on until I was picked up and my brother was taken.”

After spending three months at a triage camp, Rodri’s older brother impersonated an SS officer and removed her and her younger friend from the camp. Rodri said that her brother then took her and her friend to a convent where she pretended to not be Jewish.

“I knew that being Jewish was forbidden at that point,” Rodri said. “It was very heavy to carry.”

After France was liberated from the Nazis, Rodri said that she reunited with her family, and they returned to Paris.

“The American troops were coming in with the tanks, and it was the most beautiful sight,” Rodri said. “It was like a dream.”

Rodri told students that her Jewish faith and family values played a major part in getting her through the war.

After describing the triage camp she was at, Rodri said that she felt privileged not to have gone to a concentration camp.

“I have friends who have been [in a concentration camp], and they have a problem talking about it,” Rodri said. “When they do talk about it, they have nightmares and so forth. In that respect, the Germans won the war because they marked us forever.”

Rodri also urged students to start discussions about and call attention to mistreatments they see.

“You are the future, so please talk away from my talk that if you see something not right, don’t turn your head away,” Rodri. “Just speak up, talk to your teachers, bring it home to your families. You have to do something about it, something right. You know in your heart what is wrong and what is right. If you don’t do anything, you are guilty as the predators.”

Students said that they enjoyed the discussion and found her story very touching.

“I thought she was really incredible,” Chloe Donovan ’19 said. “Everything she said really inspired me to be a better person. She’s had to face so many challenges in her life, and she’s still such a happy presence. It makes me really happy.”