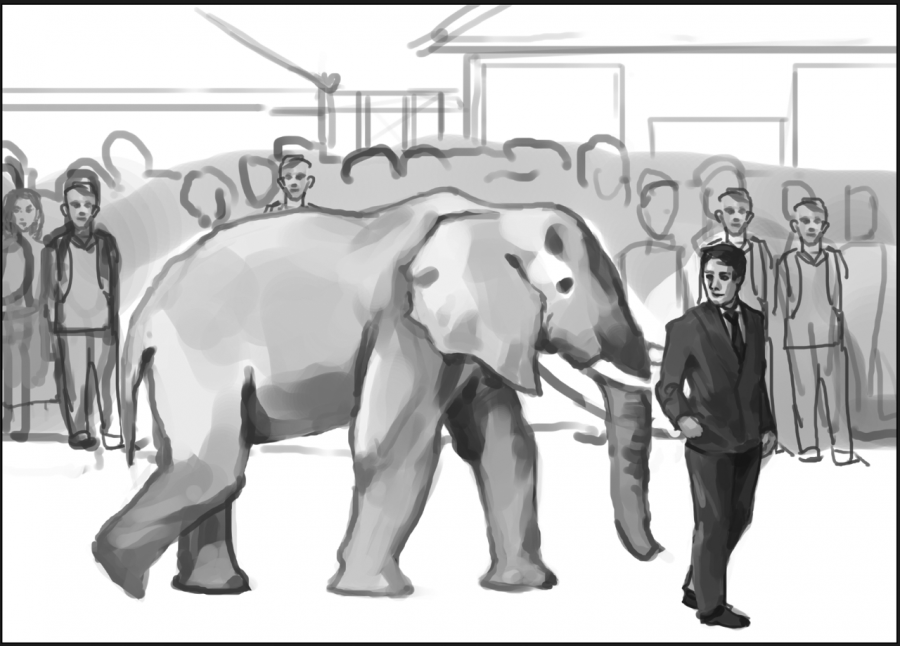 At Harvard-Westlake, there is one thing that we have been striving towards, particularly in recent months: having a multitude of diverse voices shared on campus. To achieve this goal, a politically conservative speaker is necessary to truly pursue excellence in diversity.

In the past several years, we’ve brought speakers to campus to share their different perspectives. The speakers have included liberal politician and African-American activists Bakari Sellers, LGBT activist Andrew Goldstein, mental health advocate Jordan Burnham, and countless other important and impactful orators. There is no reason that a more conservative voice should not be included among them.

This is not about making liberal students more conservative. In fact, the school should not purposefully influence the political views of its students. However, to give students a complete education, the school must expose us to the viewpoints we will face in the real world, and that includes both sides of the political spectrum.

When Hillary Clinton lost the 2016 presidential election, some experts decided one of the main reasons for her loss were liberal sounding-boards and communities where liberals will share their views with one another without listening to any other perspectives. The dangers of political echo chambers extend beyond the word of politics and into the world of education as well; it is just as important for high school students to consider informed viewpoints besides their own as it is for voters and politicians, especially when students can fill their Facebook feeds with opinions they agree with.

Many in our community associate conservative viewpoints with offensive ones. While there is no denying that this can sometimes be the case for both sides, it is possible for the school to find a conservative speaker who can challenge but not offend our students. Despite portrayals of conservatives that some may feel pervade mass media — like “Saturday Night Live” sketches where conservative or Republican politicians are often shown as unqualified and clueless or prejudiced — educated, informed conservatives do exist and they do have valid beliefs that are worth being heard.

We as a staff appreciate the perspectives that past speakers have shared with the school community. From Los Angeles Mayor Eric Garcetti to South Carolina Representative Bakari Sellers, our speakers have all been well-established in their given fields and have insight that has enriched our perspectives.

However, what would make their presentations even more impactful is hearing from the other side of the political spectrum. Even and especially if we disagree, their viewpoints can help us strengthen our own convictions and relate to people who may think differently.

How can the school be expected to help us become well-rounded, knowledgeable people without sharing both sides?