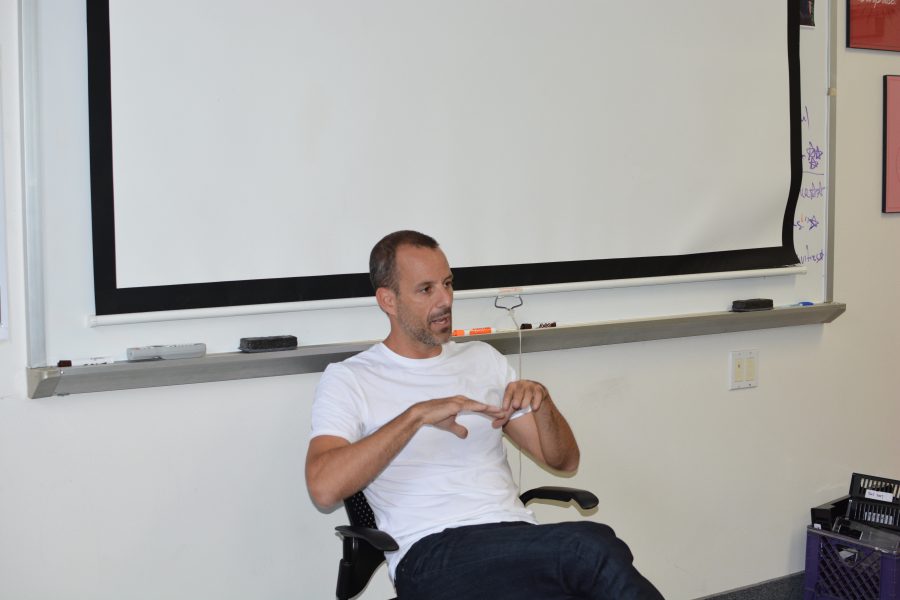 Prior to his position at HuffPost, Grusd was the General Counsel and Global Head of Corporate Development at Spotify, and Managing Counsel and a part of the Executive Management Team for the Americas at Google.

Grusd spoke to students in Advanced Newspaper Journalism about the social and political impacts of technology on digital news media. The increasing popularity of social media has affected how readers take in their news, Grusd said, which therefore changes the way news organizations target their audiences around the world.

“We’ve created an environment in which news and information that is getting disseminated to people isn’t actually through hard-core journalists who feel like they can help people make sense of the world around them,” Grusd said. “It’s actually through algorithms, and Facebook or Instagram have to guess what you seem to be interested in. Most journalists don’t think about how their craft and art and profession can satisfy the immediate needs of someone who wants to read something on Facebook.”

Sam Krutonog ’18 said it was inspiring to see what an alum could accomplish.

“He was effortlessly wise beyond his years,” Krutonog said. “He seemed like a very confident man, and seeing a fellow Harvard-Westlake alumnus be that successful in life is a super cool thing.”