Field hockey advances through first round of CIF playoffs 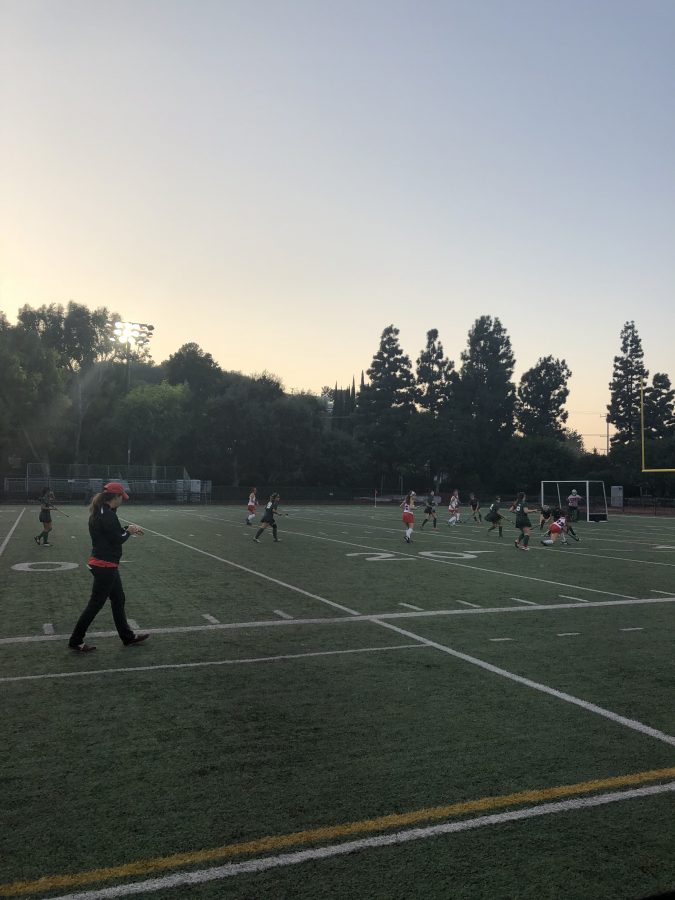 Field hockey beat Fountain Valley 8-1 in the first round of playoffs today.

The team remains undefeated with an 18-0 overall and 10-0 league record.

“It was another sweep for us which I think was good for our self esteem going into the rest of playoffs,” Tran said. “However, we do really have to remember to play our best always because we definitely got sloppy on the field after the score got to around 4-0.”

“We prepared well for it so we were able to dominate most of the game,” Reilly said.

Many of the goals were scored by underclassmen, including Rachel Brown ’20, Astor Wu ’20, Sam Yeh ’20 and Emily Kornguth ’20.

“I was really impressed by the underclassmen and how a lot of them were able to score and prove their abilities in the offensive circle,” Tran said.

The team will play in the CIF Semi Finals on Thursday before advancing to the Championship Games on Saturday.

Full Video highlights of Field Hockey’s 8-1 playoff win over Fountain Valley are available on Harvard-Westlake Athletics Facebook, YouTube and Twitter feeds and on our brand new athletic web-site. Go check out the full video and follow us on all of our social media feeds.