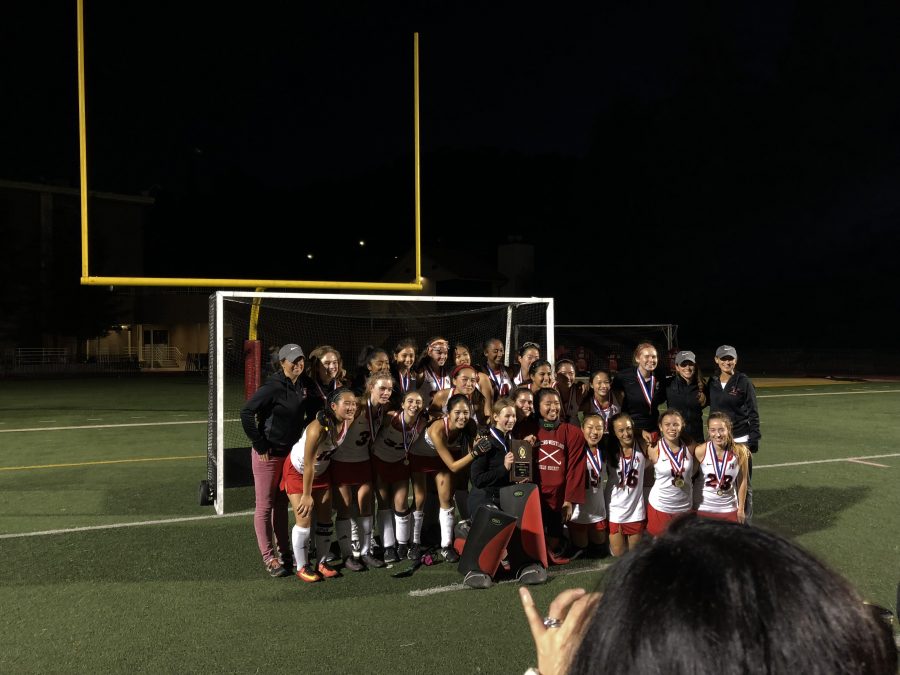 Field hockey beat Newport 3-1 to win the CIF title after a 20-0 season. The team only allowed three goals throughout the season.

Head coach Erin Creznic said she was pleased with the result.

“As I had told people last year, I was pretty certain this was the year to do it and win everything but even I couldn’t have predicted the 20-0 and winning every game,” Creznic said. “Our whole team was so deep, just so many good players starting with a strong senior class all the way down to our new freshmen on the team, they’re just so strong. Every practice was like a championship game, they just fought so hard every practice making each other better. They were really focused on just doing their best every single game and it paid off.”

This was the team’s first CIF win since it won the title four years ago. The team greatly improved on its 15-3-3 record from last season.  In addition to winning the title, Rachel Brown ’20 won all-tournament MVP for the league.

With the end of the season, the team loses many valuable seniors going into next season. Seniors represent 11 players on the team and Creznic regularly mentioned their large role on the team.

Creznic highlighted Chronicle Executive Editor and goalie Eun Seo Choi ’18 along with team captain Erin Lee ’18 as driving forces behind the team’s strong defense. Newport’s goal today was the first that Choi let in all season.

Team captain Alyse Tran ’18 mentioned that the game took many players by surprise.

“I think that [being] scored on in the first half really was a shock to us but we were able to pull it together really quickly and afterwards we were still aggressive even though it was 1-0,” Tran said.

Tran highlighted all of the rising seniors and Rachel Brown ’20 as future leaders for the team and mentioned the team’s bond as a driving force in the team’s success.

“Beyond it all we’re not just a field hockey team, we’re one hundred percent a family,” Tran said. “No matter how cheesy that sounds that’s really what keeps us going for the entire time, every single game. No matter who we played and no matter what the score was it was like playing with my sisters.”