Debate team gets most bids 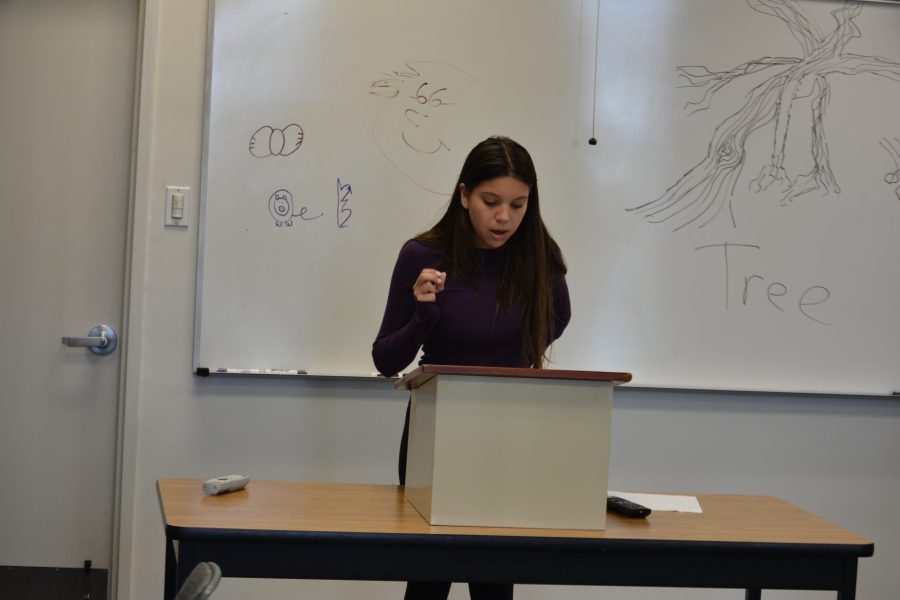 Chronicle staff writer Alexandra Mork ’20 gives a rebuttal speech during a practice debate round. Mork received two bids, one at the Meadows Tournament in Las Vegas and one at the Damus Tournament which is held at the Upper School. Photo credit: Sophie Haber

The debate team is leading the nation with 19 bids to the Tournament of Champions.

“Our team has been working really hard all year, so I was very excited that Damus was such a successful tournament for me and my teammates,” Mork said

Morganbesser said she found out she qualified while at dinner with her teammates. There, she saw the bracket showing she would debate Samantha McLoughlin ’21 in the next round.

At a tournament, two students from the same school cannot debate each other. If a student does have to debate someone from the same school, the person with higher seeding in preliminary rounds advances in what is called a walk over. If this happens in a bid round, then both debaters get a bid, meaning Morganbesser received her second bid of the season and McLaughlin her first.

“We both jumped up and hugged each other,” Morganbesser said. “We were just super happy, and the whole team was so supportive. I’ve been debating since eighth grade, and what we’re working for the whole time is qualifying, so to hear that I had qualified was the best feeling.”

Nayar said that after she qualified, she felt relieved because she could focus on the debate rather than getting a bid for the TOC.

“That’s part of the reason why I feel like I’ve been doing so much better,” Nayar said. “Because I don’t have that same nervous feeling that I really need to get a bid to the TOC.”
Because Paul got to the octofinals of the tournament last year, he automatically qualified for this year’s TOC.

“This year my expectations have changed going into it,” Paul said. “Last year I had no pressure going in because I didn’t expect myself to do that well but this year, being more experienced, I have been working really hard to perform well.”

In addition to those who have already qualified, the team is now working to obtain more bids in the coming months, specifically for younger debaters.