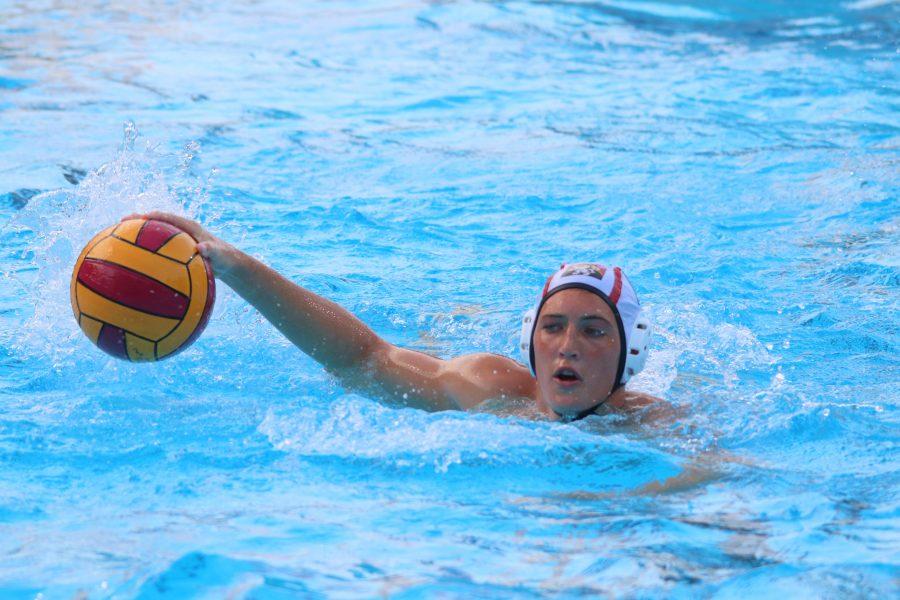 In the CIF Southern Section Division I boys’ water polo semifinal, the Wolverines held a 7-6 lead near the end of the fourth quarter.

But with just 12 seconds left in the game, Oaks Christian was able to put in a last-second goal to force overtime.

Both teams went scoreless during the first overtime, but Oaks Christian scored on the Wolverines with a penalty shot in the second overtime to barely edge the Wolverines 8-7.

The team scored five goals in the third period, but, like many previous times this season, struggled in late-game situations.

Despite the loss, players said they think that the team’s CIF run was impressive this year.

“We were 12 seconds from the CIF championship, and we almost completed a fairy-tale run,” attacker Keller Maloney ’18 said. “Our record doesn’t define this season as much as our end. We were the least talented team on paper and we finished as a top team in the nation.”

This was not the first time that this year’s team let a late-game lead go in overtime.

It lost its third game of the year, falling 9-8 to Newport, in double-overtime.

The biggest difficulty that the team has had this season is capitalizing on offensive opportunities, attacker Alex Bucur ’19 said.

“[Frustration] stems from the fact that we haven’t converted in those big moments,” Bucur said. “After playing for the past two years with hyper-talented teams, this year has been more difficult, but more enjoyable at the same time.”

The team barely managed a winning overall record, at 16-13.

As usual, it dominated its league matches, going undefeated, with an average margin of victory in league of 17 goals and took third place in the Elite 8 Tournament.

Goalkeeper Sam Krutonog ’18 said that the team’s win against Huntington Beach in the tournament was one of the teams defining moments and showed that when they play hard and smart, they can play with anyone.

After falling to Huntington Beach 9-8, the team defeated them Sept. 16 to secure the third place finish.

The Wolverines faced a 10-8 deficit heading into the fourth quarter.

They then scored four unanswered goals in the final quarter to take the match.

Despite struggles throughout the season, players said that wins like this show how well-coached and well-disciplined the team is.

“The last win against Huntington Beach proved that our squad can play with anyone, especially when we are the aggressors,” Krutonog said.

Bucur reflected on the season with fondness and thinks that the CIF run was a success, despite falling short of competing in the championship.

Next season, Head of Aquatics Brian Flacks will have to deal with more important senior departures that will affect the team’s chemistry and starting lineup.

Krutonog and Maloney, who has emerged as the team’s best offensive weapon, players said, will graduate.