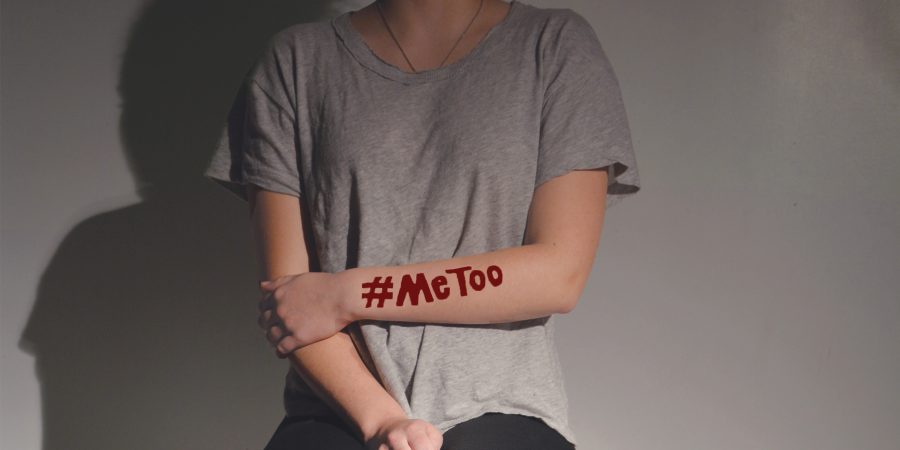 Staring into her bathroom mirror, Tiana Coles ‘16 carefully applied mascara while humming the tune of “Supermodel” by SZA. Getting ready to go to a fraternity party, she left her dorm and began her walk toward frat row.

Coles was struck by the darkness and the quiet of the night, which brought on a sudden wave of anxiety. What should have been an exciting walk to a party was riddled with the frightening potential of sexual violence.

“It’s frustrating because before I go out, I always have to be ready for the possibility of sexual assault,” Coles said. “Because these years are so formative, it should be a priority that we make sure that the same [sexual assault] situations don’t keep happening from year to year. It’s important to see change every year, and I feel like we’re not seeing a lot of that on college campuses.”

Coles is one of many students who said they find sexual violence on college campuses to be an important issue. In a Chronicle poll of 260 students, 84 percent said they believe that sexual assault is prevalent on college campuses. In fact, according to the National Sexual Violence Resource Center, 1 in 5 women are sexually assaulted in college.

Although Lily Beckinsale-Sheen ’17 has not personally experienced sexual violence in college, she said she has found the recent sexual assault allegations in the news very powerful.

“[The allegations] made me see how important it is to call out your abuser and get that kind of closure,” Beckinsale-Sheen said. “I found it really strong, and it helped me to see that I don’t need to carry secrets or feel shame.”

Beckinsale-Sheen’s mom, actress Kate Beckinsale, was one of the women who accused Weinstein of sexual harassment.

When Beckinsale-Sheen found out her mom had decided to publicly accuse Weinstein, she said she felt proud of her mom’s decision, especially since it was an issue that they had discussed throughout her childhood.

“It was obviously a really difficult decision but a really important one,” Beckinsale-Sheen said. “Seeing how many people she’s impacted by sharing was really special to me and made me really have faith in our female society.”

After the Weinstein allegations, sexual misconduct allegations came out against 50 other prominent men. The #MeToo movement erupted on social media in an attempt to raise awareness about the prevalence of sexual violence. Nearly 680,000 people have used the Instagram hashtag, and at the Golden Globe Awards on Sunday, celebrities wore black to make a statement.

Eva Wiener ’19 said in addition to the Weinstein allegations, she thinks Donald Trump’s presidency and the sexual harassment and assault allegations against him inspired the movement. She said she hopes these allegations spark change in our society.

“I think people are just trying to bring to light the fact that sometimes having power doesn’t necessarily mean that you’re a respectable person,” Wiener said. “Women aren’t going stay quiet anymore. I think these allegations are going to make women a lot more empowered when they hear about something like this happening.”

Like Coles, Maddy Harbert ’17, a member of Alpha Epsilon Phi sorority at the University of Michigan, said she has heard frightening stories about dangerous situations at fraternity parties. She said she has seen boys at parties taking advantage of girls who are not sober enough to give consent and has heard of boys who put roofies in drinks.

“Greek life provides a lot of parties, and drugs and alcohol are used by perpetrators to take advantage of their victims,” Harbert said. “When you’re at a frat party, there is an endless supply of alcohol and no adults. A lot of people are uneducated about the problems, so it’s a never-ending cycle.”

Harbert’s observations about Greek life parallel studies done about sexual violence on college campuses. According to a study published by CNN, men who join fraternities are three times more likely to rape than men not in fraternities. Also, women in sororities are 74 percent more likely to be raped than other college women.

The Interfraternity Council at the University of Michigan suspended all fraternity social activities Nov. 9 in response to sexual misconduct cases that involved fraternity brothers.

Kent Sheridan ’17, a fraternity brother at Michigan, said he thought the suspension was a smart course of action and a necessary opportunity to address issues in the community.

“When a certain culture is set up and isn’t changing, then the same thing keeps happening,” Sheridan said.

Before students enter college, Chronicle freelancer Indu Pandey ’18 said she thinks it is crucial for students to be aware of the rape culture present in Greek life.

When she started applying to schools, Pandey said she kept in mind the prevalence of sexual assault on college campuses and looked for a university with a strict sexual violence policy and strong support system for survivors.

“If this is an issue that’s important to you, and I think it should be important to everyone, look up the colleges you’re thinking of applying to,” Pandey said. “Skim through their own policies that they have on sexual assault, but also read news articles about them because that’s a little more telling about what their attitude really is towards sexual violence issues. You should definitely be aware when you’re applying to colleges what they do to mitigate the effects of sexual assault.”

29 percent of 152 students who identify as female who responded to a Chronicle poll said the prevalence of sexual violence on college campuses has also influenced where they are interested in going to college.

To help prevent dangerous situations and foster a more positive sexual climate, former Editor-in-Chief of the Chronicle Jesse Nadel ’17, who currently attends Yale College, is a part of a program called Communication and Consent Educators. The program holds events on campus throughout the year, including bystander-intervention training and consent and communication workshops, which Nadel said he hopes can promote safe practices.

“We want students to be able to go out and have a good time without fear of horrible things happening to them,” Nadel said. “Also, we definitely want to make sure that there are healthy sexual relationships where communication is always flowing and that consent is always given. I think the program I’m a part of is really important to educate kids more fully about how to stay safe as well as how to be a good participant in a sexual relationship.”

If colleges don’t properly handle sexual violence, the federal government penalizes them by pulling federal funding and forcing them to pay fines, according to the Myra Sadker Foundation. This results in some colleges trying to silence sexual violence survivors or deal with the case internally in an attempt to avoid the penalty.

Some colleges have installed a “Blue Light” system on their campuses to try to create a safer environment. The Blue Light system functions as an emergency calling system that allows students to immediately reach campus security if they feel unsafe.

Coles said she appreciates knowing the Blue Light system is there if any threatening situation were to arise.

“I think it’s important to know that there’s a backup if something really goes wrong,” Coles said.

Despite measures in place to help protect college students, Coles said there is still a level of injustice for women since women have to take the threat into consideration more than men do.

“I think [sexual assault] completely alters the college experience gender to gender, which isn’t fair,” Coles said. “I know a lot of great things are happening as far as equality among the genders, but I think a place we really feel inequality is definitely college campuses.”