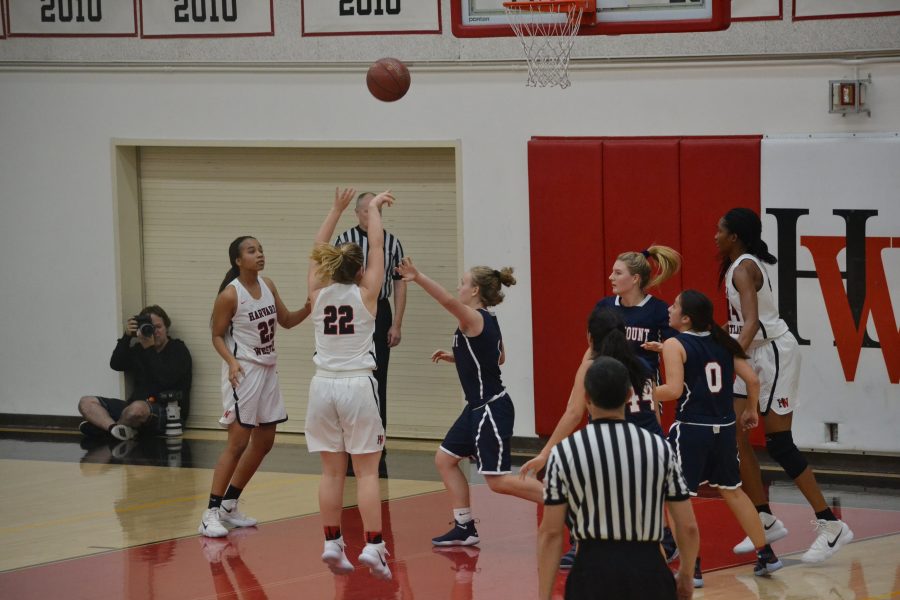 The win will act to jumpstart their path to a Mission League title, team captain Jayda Ruffus-Milner ’18 said.

“Throughout my years at Harvard-Westlake on the girls’ basketball team we have always had the short end of the stick for being league champions,” Ruffus-Milner said. “We always come so close to winning and fail, but today when the last buzzer rand and we beat Alemany, I knew our team was destined to be champions this year.”

“I was able to score for my team by constantly attacking the basket when the defense was slacking,” Ruffus-Milner said. “I made a couple of passes that led to threes or great plays, but without the great team I have, none of it would have been possible. I couldn’t have asked for a better set of girls.”

“I think I played well, but there are always things I can work on like boxing out and not fouling,” Iriafen said.

Iriafen and Ruffus-Milner said the team improved their defense. By emphasized boxing out in the game, which players have been struggling with lately, the team was able easily transition to offense and create open shots, Ruffus-Milner said.

“We knew we had to close out on shooters and play solid defense in order to win,” Iriafen said. “When i noticed we did that I was very confident we were going to be successful.”

The team will play Chaminade Jan. 23 at Harvard-Westlake.

Iriafen said the team needs to work on using the clock to its advantage by taking the best shots available, but can use momentum from this win to help in the game against Chaminade.

“By continuing to work harder and not becoming cocky, we’ll be able to keep our high energy in the games to come,” Iriafen said.