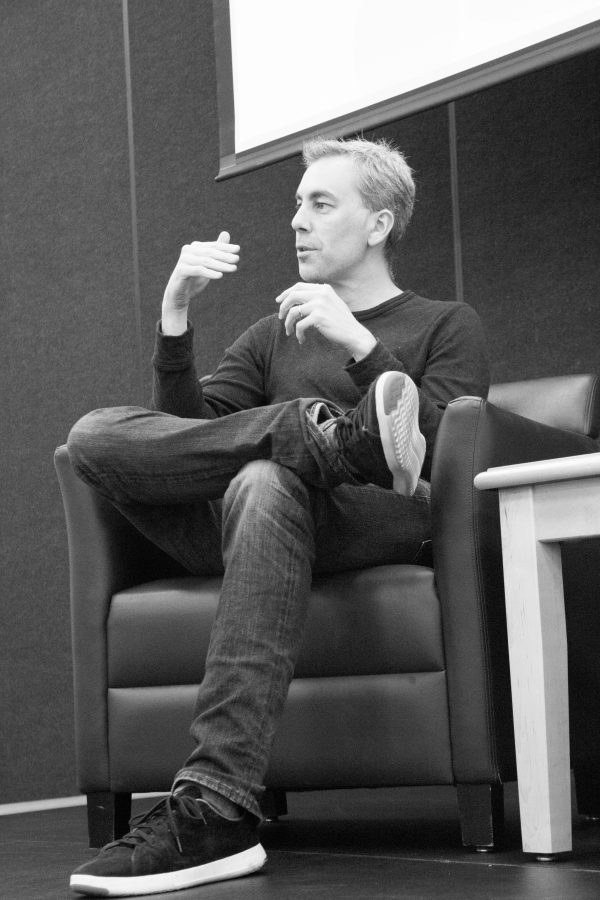 Students hosted the fifth annual Unconvention to promote leadership among students in the greater Los Angeles area March 17 at the Upper School.

Through a series of student-led activities and speeches, the Unconvention encouraged students to be leaders in their own communities and look at leadership in a different way.

The Unconvention aims to unite students in purpose, creativity and cooperation through workshops and interviews with CEOs, who gave them advice for future success.

Demoff stressed the importance of embracing the unknown and choosing the career path you love, not the one that is necessarily considered right.

“You will become a great leader by doing what you love and being yourself,” Demoff said. “It’s not where you work or where you go to college. It’s what you have done that allows you to tell a story. An authentic story will lead to authentic leadership which will make you a real leader.”

Students from various schools were broken down into two separate groups where they took part in exercises that highlighted leadership opportunities.

Students in Unconventional Leadership organized games to teach attendees about teamwork, cooperation and communication in order to help them develop leadership skills.

“The point of the game, ‘escape from paradise,’ is to teach people how they can learn from failure and that working as a team is more effective when facing a difficult task.” Unconventional Leadership student Emma Sesar ’18 said. “Overall, I hope everyone will leave here feeling stronger about their leadership skills and use what they learned to