In Tune With Japan: Jazz Musicians Prepare for a Concert Tour in Japan 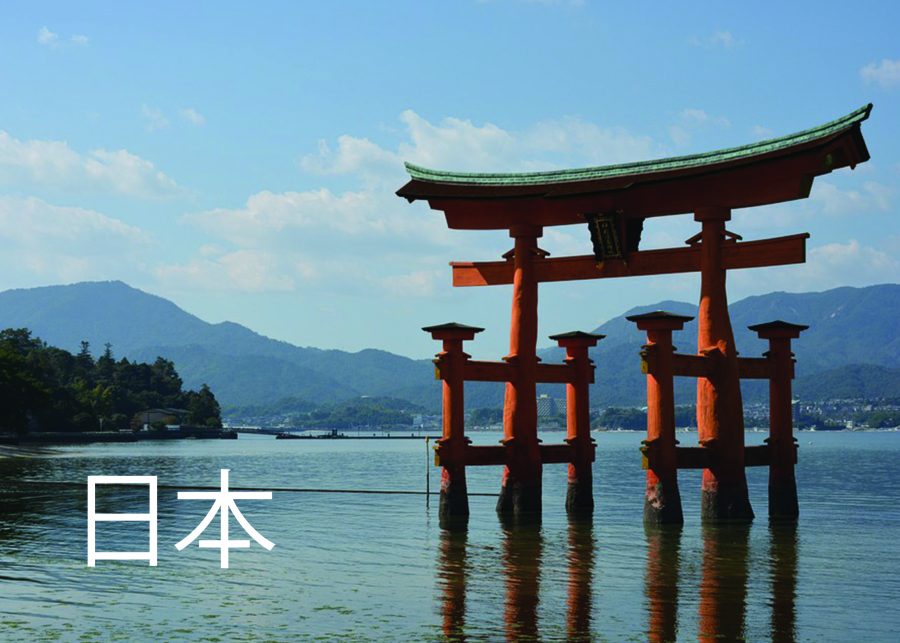 Every eighth period, the sound of music rings through the halls of Chalmers as student jazz musicians run through their repertoire. Following their performance in the Next Generation Jazz Festival in Monterey on March 9-11, jazz musicians have been practicing every day for their concert tour in Japan on March 22-April 1.

For the Next Generation Jazz Festival, students performed seven prepared pieces, as well as new excerpts for the sight-reading adjudication, where students play pieces they have never seen before for judges. Although they did not place in the top three at the competition, students were invited to play in the showcase concert due to the quality of their pre-submitted recordings.

“My favorite moment was the 30-minute spotlight performance after the competition portion ended,” performing arts teacher Shawn Costantino said. “We played four pieces to a full house, and I thought the band played beautifully.”

The Jazz Band was one of 13 high school big bands invited to perform at the festival. While in Monterey, students also participated in professionally-led workshops and received critiques from the festival adjudicators.

“It was great that we had the opportunity to work with other bands who worked really hard, just like we have, and to appreciate all the music that was going on there and to share our music,” Jazz Band trumpeter Ryan Wixen ’19 said. “The people who were soloists were really able to display their musicianship in front of qualified judges. ”

To prepare for the festival, students rehearsed in class, as well as on the weekends and during their free time. The musicians have also been continuing to practice in both combos and big bands for their upcoming Japan tour.

Jazz Band pianist Charlie Kogen ’19 said that their hard work paid off at the Next Generation Jazz Festival, where they played both modern and classic jazz pieces.

“I had a lot of fun performing,” Kogen said. “My favorite piece that we played was an arrangement of ‘I Can’t Stop Loving You’ by Quincy Jones.”

The jazz bands were prepared to play to the best of their abilities in Japan because of their time in Monterey, Wixen said.

“[The Next Generation Jazz Festival] was a great warmup for the Japan trip,” Wixen said. “We’re just in great shape, and we’re performing really well together as a group because we’ve really bonded through all of our experiences.”

In Japan, Jazz Band and Studio Jazz Band musicians will perform in concerts with Japanese high school students from the Tokyo Metropolitan Katsushika Sogo High School and the Senyo High School Band, as well as at local jazz clubs and a nursing home.

Students will also explore Tokyo, Kyoto, Hiroshima and Osaka. In Tokyo, Japan’s capital and largest city, students will watch a sumo show and visit the Miraikan Museum of Emerging Science and Innovation for a robot demonstration show. While in Kyoto, students will visit the Golden Pavilion, Sagano Bamboo Path, and Arashiyama area, as well as participate in a tea ceremony at the Kiyomizu Temple. The musicians will visit sites related to the atomic bombing in Hiroshima. They will end the trip with a day of sightseeing in Nara and Osaka.

“Being able to go [to Japan] not only with my friends, but also playing guitar there, is really a special experience,” Jazz Band guitarist Otis Gordon ’18 said. “The jazz band this year is definitely one of the top that Harvard-Westlake [has] ever had, and I just can’t wait to show off our band and music to the people in Japan. I also am excited to learn the different ways that America’s approach to jazz contrasts with that of Japan’s.”