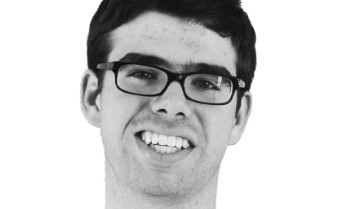 For the past few years, I have worn cargo shorts to school almost every day. Sometimes, during the winter months, I wear cargo pa­nts.

I love my cargo shorts. They have enough pockets to hold my phone, any ne­­­cessary identification and other assorted items I might need. They fit loosely around my waist, but not loosely enough to sag.

Early in my cargo short days, however — around the fall equinox of 2012 — I discovered an unfortunate truth: others were unable to recognize the efficiency and elegance of my choice of attire.

Friends would mock me for my clothing. They would tell me how cargo shorts are out of style, how they look dumb and how I should be wearing jeans or regular shorts like other people.

I was ridiculed, mocked and criticized for my cargo shorts.

Taylor Swift was right. Haters gonna hate. It’s their nature. But that doesn’t mean they get to me.

Pioneers throughout history must have dealt with similar criticisms. At first, scientists rejected Galileo’s claim that the universe is heliocentric. Darwin was rebuked by the intellectual community for his ideas of evolution. Many believed that when Steve Wozniak first developed his personal computer, the idea would never take off.

So, too, must I support my cargo shorts, despite the criticism and the misunderstanding they cause.

Without cargo shorts, I would have to worry about my phone falling out of my pockets. The only other safe options for mobile storage are fanny packs and utility belts, both of which are fairly awkward. Cargo shorts have all the comforts of regular shorts and are vastly more effective.

It’s impossible to look at someone wearing cargo shorts and not think, “Wow. He really has his act together.” Cargo shorts are at once sophisticated and rugged. Their sleek appearance screams class, but their pockets suggest the hard-working American spirit that built this nation.

When I wear my cargo shorts, I don’t worry about what others think of me.

I’m the man. Give me something to carry, and I will put it in my pockets. With cargo shorts, I am like a Ford pick-up truck with a Ferrari exterior. I can lift the weight of the world, and I can do it with style.

Slipping on my cargo shorts, I feel a change come over me. When the smoothness of the fabric presses against my skin, the rising sun illuminating my bedroom, I know. I know I can handle whatever the world will throw at me. I know I will weather the storms that may strike, the hurdles that may block my path and the nonbelievers that may try to shake my faith. I am a pit bull loose from his chain. I am a monster unleashed.

Cargo shorts are liberating. They allow easy leg movement, but their storage capacity is unprecedented. I refuse to live with the shackles of regular shorts. No, the cargo shorts life is the life I seek.

Others may have their jeans, their pocketless pants and their athletic shorts. They live as if in Plato’s cave, unable to see the world outside, knowing only the shadows on the walls. I have seen beyond the cave. I have seen the light of the sun.

Just as astronomers eventually came to understand the heliocentric universe, just as biologists recognized the truth of evolution, just as consumers adopted the personal computer, society must learn to accept cargo shorts.

This bird has been caged for far too long. It’s time to fly.