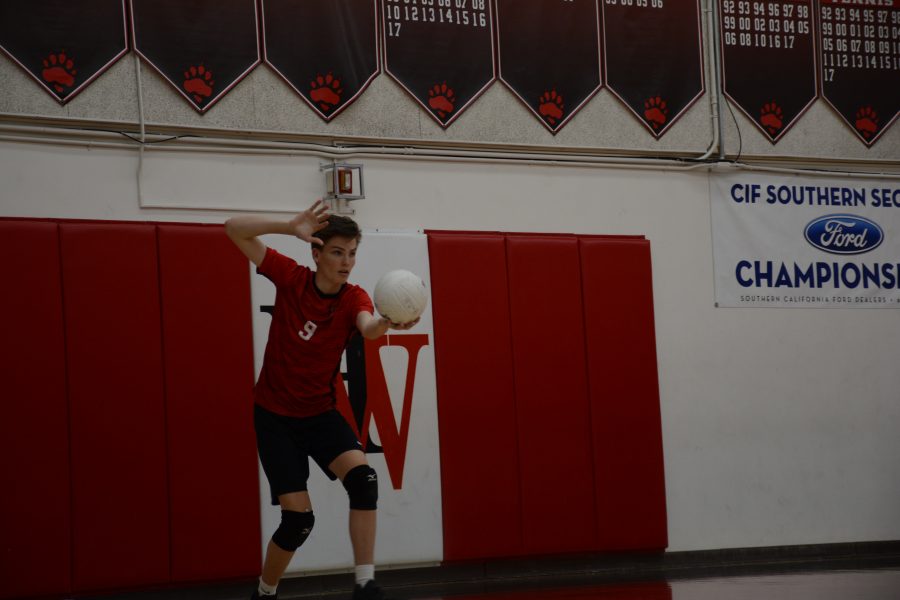 The boys’ volleyball team dropped a 3-0 match to Loyola at home Tuesday night. The Wolverines’ current records are 3-5 in league play and 4-7-1 overall.

“We communicated well and played well overall,” setter and Chronicle staff writer Will Mallory ’20 said. “We have to pick up the small little things and clean up those areas. For the most part, we played a solid game, but it’s the tips, digs and dunks that get us at the end of the game. If we maintain our focus throughout the whole match, we will have a better shot at winning.”

Despite dropping all three sets, the Wolverines put up a good fight against the Cubs who are placed first in the league. The team lost the first set 16-25 but continued to challenge the Cubs in the second and third set, losing 16-25 and 13-25, respectively. Despite losing, the Wolverines strengthened their communication skills.

“Loyola is one of the best teams in the league and we knew what we were getting into,” libero Nick Platt ’19 said. “The effort we put into the Westlake game transferred into the Loyola game. We weren’t cohesive all the time, but the effort was there. It costed a lot of errors late in the game which costed us the match.”

Although the team lost, improvements were made defensively. Opposite hitter Jack Nordstrom ’19 had many digs contributing to the team’s defense. Middle blockers Cole Welch ’19 and Griffin York ’19 alongside opposite Tony Navarro ’18 helped the team gain points by blocking numerous balls.

“One of our weaknesses is normally communication but I think we did good during this game,” Mallory said. “We need to keep building on that and keep strengthening our bonds as a team.”

The Wolverines’ next match will be on April 18 at Chaminade, a team they previously defeated 3-0.

“We hustled a lot and tried our hardest and we are going to bring this intensity to our next games,” York said.