Why I love sports 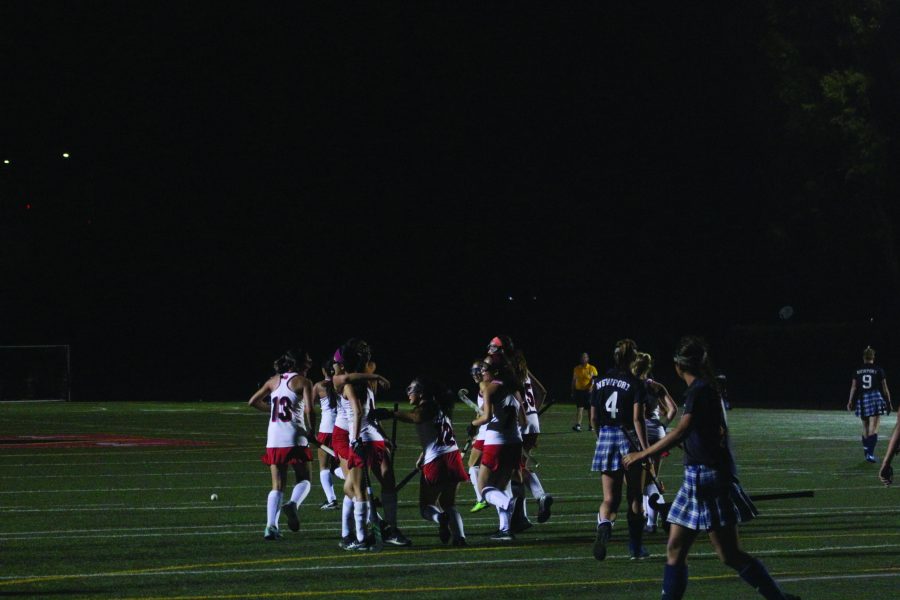 One year ago I was your average sport-hater.

I had never watched a full football game other than the Super Bowl. I regularly declined invites to basketball and baseball games. I had never made a fantasy account and never planned to. My only personal sports experience had been an undefeated run as Left Field on my fourth grade little league team and three days of Cross Country in seventh grade before I dropped.

It goes without saying that I never read Big Red or the Sports section of the Chronicle. Everything changed after I covered the varsity field hockey team this fall.

I was looking to move away from being a reporter on the Chronicle to focusing more on digital content when one of our current Sports Editors and Big Red Executive Editor Matthew Yam approached me about joining sports.

He said that Sports was short on juniors and that I’d have lots of responsibilities in the section.

After some deliberation I signed on and as all juniors do, was assigned a fall sport beat. Beat coverage is a simple but rigorous task – cover everything that a team does. Cover every single game that they play, take photos, interview players and add commentary to articles based on how the team is doing.

Along the process, get to know the team and try and get the most interesting perspectives you can out of them. As an amateur journalist and zero-experience sports writer, the task was extremely daunting. Little did I know how much I’d enjoy it.

Covering field hockey was one of the most rewarding experiences of my life. The team had an undefeated 20-0 season and a win in the LAFHA game. After every game I’d text the players and get their postgame reactions.

While I can’t say I know exactly what it was like to be on the team, I could see the joy and passion that all of the players put into it. I could see the bonds and camaraderie and friendships that formed. I saw their hard work and determination pay off game after game.

One year later, I can say authoritatively that I have a different opinion about sports.

Sports is not about throwing or passing a ball around. Sports is not about strength or endurance. Yes, those play into sports and are obviously important, but sports is truly one of the purest forms of human emotion that we have.

Sports is about relationships with your teammates and bonds that will last for a lifetime. Sports is about determination and hard work that pay off in an undefeated season. Sports is about the teammate out with an injury that the whole team comes together to support. Sports is the impulse that made every single player run together after the time ran out in the 20th game of the field hockey season that marked the team’s title win.

While I still can’t say that I keep up with basketball, or play fantasy or even have watched a football game all the way through, I can say that I see sports in a completely different way.
I have a new respect. Sports teaches some things that we scarcely find elsewhere. The payoff of hard work, teamwork, discipline, team bonding and so much more.

If I could somehow communicate to my past self how much value I think sports have, I would’ve embraced them much more quickly. For all of you who are like me – please learn from my mistakes and maybe take your friend up on that invite to the football game sometime. Sports really are worth your time.