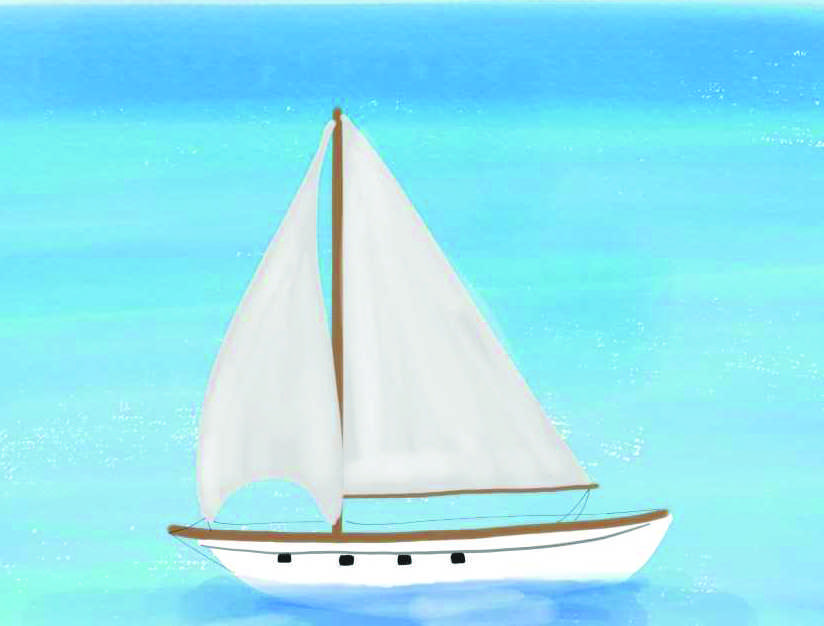 Sophie Kim ’19 smiled against the bright lights as she took the stage. After working with the LGBTQ+ performance group QueerWise and serving on the school’s slam poetry team, Kim had become accustomed to sharing her words in front of an audience.

“I think on stage in that moment, I was really trying to feel like this is valid, ” Kim said. “Wanting to belong to a community and feeling in a community is a universal thing. I always try to look everyone in the eye when I’m performing. It’s kind of scary at some times, but I think it’s because we all really want to be cared about and acknowledged as people.”

Kim looked onto the sea of faces before her. Within the next few minutes, those same faces would be seeing her not as an anonymous teen poet, but as the newly appointed Los Angeles County Youth Poet Laureate.

For her new position’s duties, Kim will work with schools and organizations to promote poetry and to advocate for solutions to the issues she often describes in her work: sexism, racism and transphobia. Kim said that since receiving her title in June, she has already performed for advocacy groups and started to work on her poetry book, which will be published at the end of her term as the laureate.

Like Kim, other students interested in writing and poetry used their summers to pursue their art. Rileigh Goldsmith ’20, who attended the Bard’s creating writing program at Simon’s Rock, said that she enjoyed the experience of immersing herself in poetry over the summer.

“I’ve always liked reading poetry and have been writing it since my mom gave me my first journal in fourth grade,” Goldsmith said. “I never saw writing as a burden because it’s just a way to process your thoughts and perspective, more of a method of organization. I also love how poetry has come to empower the voices of our generation to combat and exploit the issues that we face.”

Similarly, Kim said writing allows her to comment on society. When performing or creating a poem, she recognizes her audience’s different viewpoints and said that she tries to communicate her ideas by weaving universal experiences or themes of community and acceptance in her work.

“People are going to experience discrimination different ways depending on where they’re from or who they hang around or their personal beliefs,” Kim said. “And I think that just by sticking to our personal stories with poetry or through other mediums, it’s a way to reach out to people specifically and try to break that wall. We’re just people who are suffering or who are demanding more respect or demanding just to be treated the way that everyone wants to be treated.”

While attending a program overseas to learn about Italian language and food, Abe Kaye ’20 said he still continued to write over the summer. In his essays and scripts, Kaye said he often realizes how his art connects to the world towards the end of the writing proces. Writing, however, can still be a form of advocacy, Kaye said.

“I love writing because there is so much freedom in it,” Kaye said. “You can really write about anything you want. If you have an idea, just write it. All you need is a computer or paper.”

In addition to the physical accessibility of creating a written work, Kim also credits the school’s support of the literary arts to the availability of writing opportunities. Whether they join Stone-cutters, the upper school’s literary magazine, or take a creative writing elective, Kim said student writers should utilize the existing resources to not only improve their craft but advocate for the issues they care about.

I think the school’s incredible for giving different avenues for [self-expression] whether it’s in a team or in class,” Kim said. “I’ve been in a lot of situations and I think a lot of my friends have been in situations like that to talk about broader issues of society instead of just what we’re studying.”