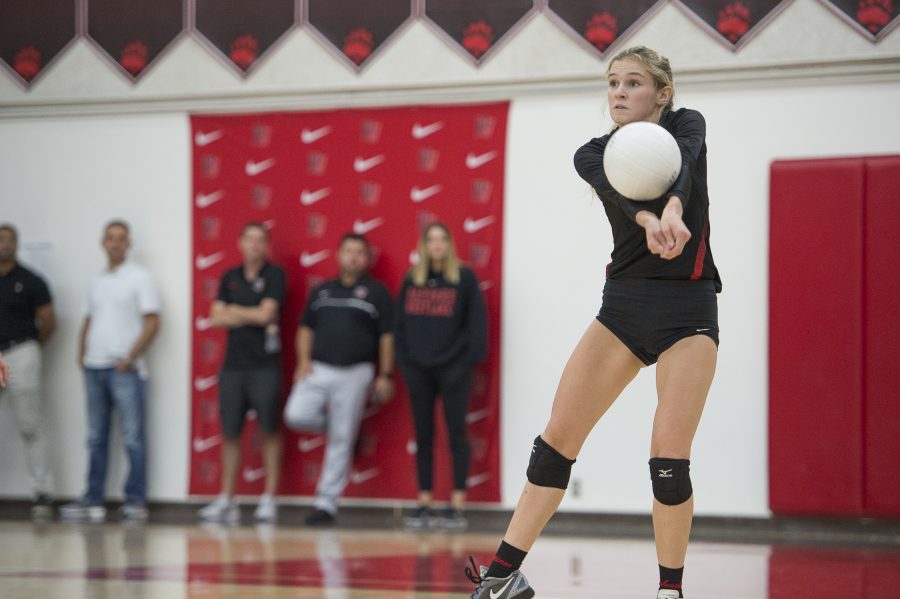 The girls’ varsity volleyball team posted a 10-1 record in tournament play to finish a successful preseason in preparation for the upcoming season under second-year head coach and Program Head Hayley Blanchard. Headlined by a week-long trip to Hawaii in early August, the preseason played a significant part in establishing bonds and roles within the squad as they look to start league play with a victory versus Flintridge Sacred Heart on Sept. 4 in Taper Gymnasium, team captain and setter Lindsey Kelly ’19 said.

“We have had a really successful season so far,” Kelly said. “Even though we only had a few practices before Hawaii, we came together as a team and played really well during the whole tournament.”

The Wolverines finished the 2017 season with a 20-10 overall record that was capped off with a trip to the first round of CIF State. Led by former seniors Isabel Wiatt ’18, Bella Hedley ’18 and Jaimie Rao ’18, the new team will have to find a way to maintain their success in the upcoming season.

The team traveled to Honolulu on Aug. 6 and competed in the Ann Kang Tournament for a week before returning to Los Angeles on Aug. 13. Although the trip was mainly focused on their participation in the tournament, the squad engaged in various activities off the court. From hiking in the Diamond Head State Monument to cliff diving next to the north shore, players were able to strengthen their relationships not only as teammates but also as individuals, middle blocker Lauren Juzang ’20 said.

“Since we were there for a week but only played for three days, there was a lot of time dedicated for us to bond and grow our team chemistry,” Juzang said. “Our phones were taken for a lot of the trip so we would just spend time with each other, and it really worked. On the court, our team chemistry is why we work so well, and this trip really contributed to that.”

Coach Blanchard said that this year’s tournament was successful.

“I have been to the Hawaii tournament with my teams in the past, and not only is it competitive volleyball, but it also allows for the girls to really bond as teammates at the start of the season,” Blanchard said. “We have 18 girls from all grades on the team, and the trip really helped them get to know one another off the court in order to better communicate on the court.”

“Our team already has an amazing bond and we’ve only been practicing for a couple of weeks,” Treadwell said. “I’m so proud of what we have accomplished in Hawaii and I’m excited for what’s to come.”