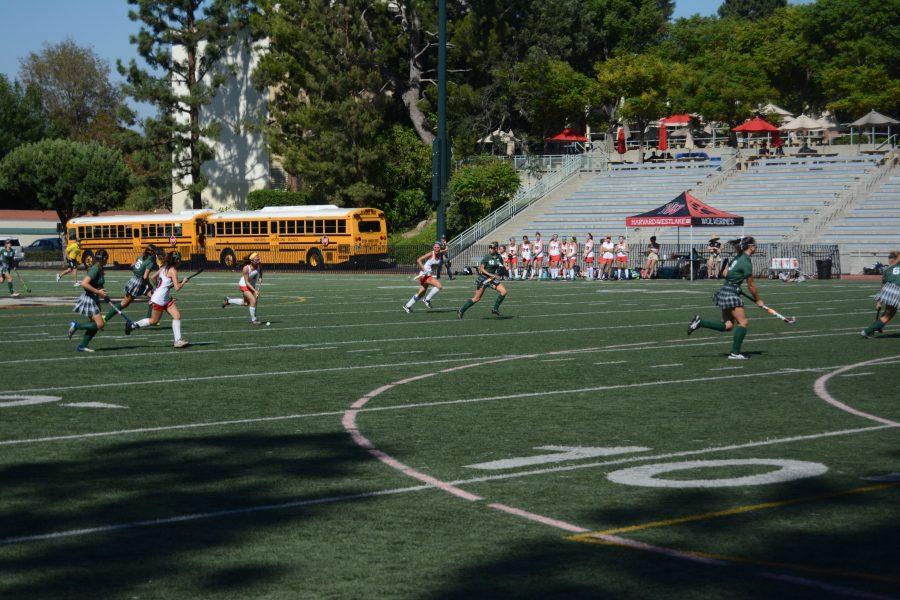 Field hockey defeated Fountain Valley 9-0, marking the team’s sixth straight win of the season and fourth shutout of the season. Before this game, the team shutout Marina 9-0 on Aug. 28, Westminster 10-0 on Aug. 31 and Edison 2-0 on Sept. 6.

“In the second half we really improved our sideline play and taking the ball quickly for our free hits,” Pizer said. “Overall, we were aggressive and pressured the ball well.”

“Being undefeated is very exciting but of course we don’t want to get too relaxed,” center mid Rachel Brown ’20 said. “We are about to enter league play so we continue to push ourselves at every practice.”

Last season, field hockey played Fountain Valley twice, winning 5-0 in the first matchup and 8-1 in the second matchup, which was in the first round of the CIF Playoffs .

“We would like to continue our winning tradition,” Brown said.